It doesn't matter that Tim Burton is listed as the producer on Batman Forever. With Joel Shumacher directing, this film begins the disastrous 2-year glide toward the 1997 Batman and Robin, where Warners/Shumacher/Clooney managed to junk the money-making franchise in a way that made the core Bat-fans rather angry* and it took almost a decade to get Bruce Wayne back into the mega-theatres (with Chris Nolan's Batman Begins).

But, be that as it may, Batman Forever is not Batman and Robin, and there's still some grand guignol Bat-opera pulled from the Tim Burton form. Though Shumacher's movie here utilizes the 1966 Batman template of throwing big name stars onto the screen in the first few minutes to get the big entrances out of the way (or maybe to just thrust into the face of the theatergoer that Warners is giving you major star entertainment, not just comic books. Does that point to a sheepish inferiority complex about the pop-culture source material, or maybe panic over Batman 1989 being a gigantic hit, but Batman Returns a more modest money-maker?)

We get jokes right off the 'bat' with the script from Lee Batchler, Janet Batchler, and Akiva Goldman: we look at the 1995 Batmobile (more Buck Rogers rocketship than Batmobile) and we get a tiny spotlight trained on star Val Kilmer's lips as he stands stoically listening to Alfred (Michael Gough) ask him if he should take a sandwich with him as he is going into Gotham to fight crime. Batman responds "I'll get drive-through."

Not a bad joke, if you're going to get some laughter at the expense of your major selling point, but already you can start to wonder if Warners' really has their heart in this, or, with all the millions piled up from Batman and Batman Returns, if now they can afford to look down their noses a little bit at the rubes in the audience. "Just get the cape and car right, and everything else is gravy!" or did they have a little bit of panic about the decreased revenues from Batman Returns? Did they strike out in a new direction, and it just happens to look like riffing from off the old 1966 TV show? (Val Kilmer's Batman stops and stares a lot, as if the Bat-brain synapses are not firing fast enough, somewhat like the dead pauses Adam West used for his Batman).

The film itself is expensively-packaged and the music score (with shrieking horns right out of Suddenly, Last Summer) by Elliot Godenthal is sturdy megaplex tonal accompaniment. Art direction is way-over-the-top neon/gothic, which simply isn't a sustainable contradiction of styles, though it is very impressive for a little while, but then it's just a hindrance to seeing the storytelling.

Director Shumacher twists his camera sideways which mimics the same angle effects from the 1966 show, and the cast of big names** (circa 1995) are given brief star-scenes to encapsulate their characters in what must have been meant to be "comic book style" biography, but instead is just more manic gloss for the already over-stimulated screen. 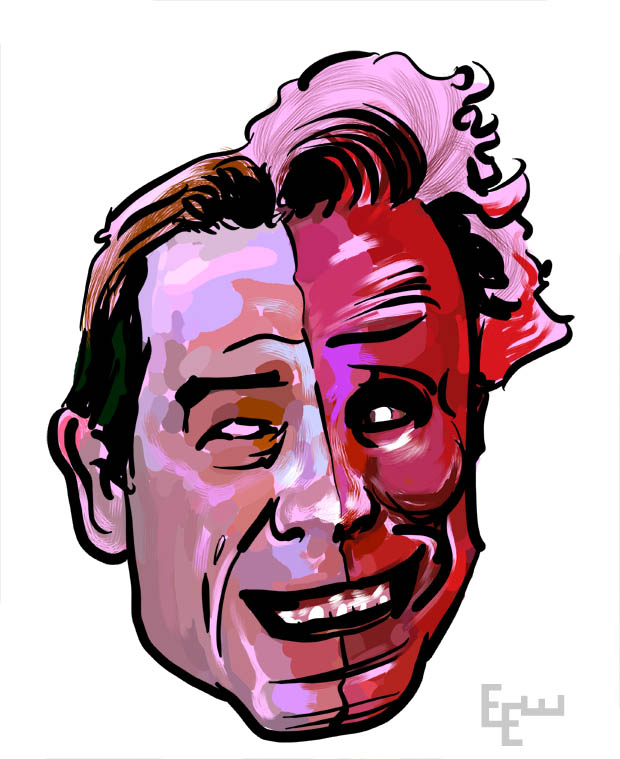 *Quite literally, I walked out of the ending for Batman and Robin on opening night with a fellow hard-core Batfan who was simply furious. How did Warners miscalculate the fanbase so badly? Bat-fans are always quibbling about which Bat-film has gotten it "closest" to right (and that always varies from Batfan to Batfan) but incredibly Joel Shumacher was able to unite this squabbling group of aesthetic Bat-critics into a single voice: we hate Schumacher's Batman and Robin.

** Nicole Kidman, Tommy Lee Jones, and Jim Carrey all had major-success in other earlier films and brought that into Batman Forever. If only the script had treated them (and their characters) more seriously.