Introduction of "Bat-Man" by "Rob't Kane"

Bob Kane was asked to come up with a character by fledgling DC Comics which had found itself with an unexpected hit on its hands with Action Comics #1. The management at DC was open to all ideas that might help them present new characters as the comic book superhero craze was catching on in 1939. Kane had been selling them filler stories of 1 and 2 page lengths and was anxious to come up with something that would earn him a better page rate, and Batman eventually did do that, to put it mildly. 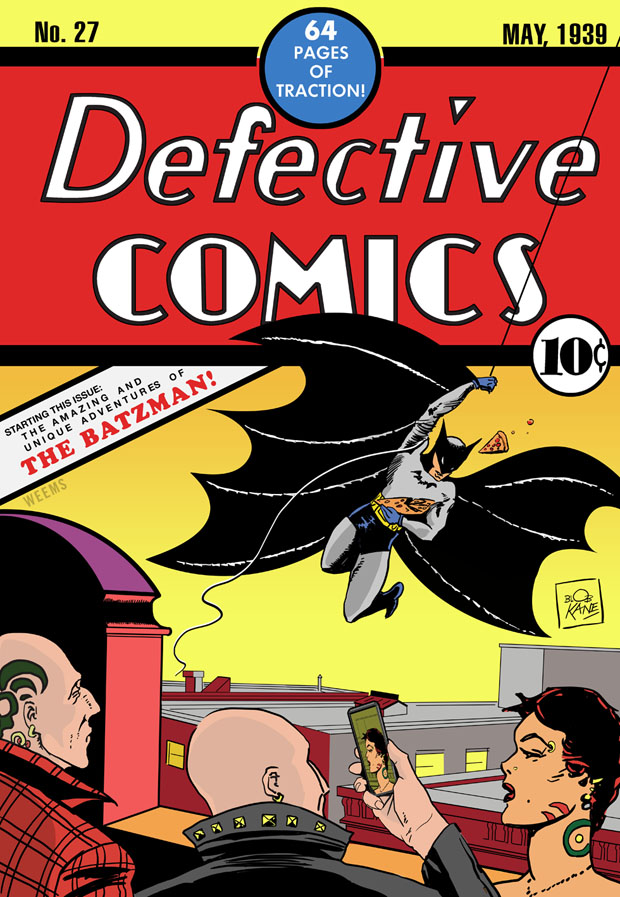 NO, THIS IS NOT THE THE TRUE DETECTIVE COMICS #27 COVER ART

Other copies of Detective #27

Heritage Auctions auctioned that expensive copy of Detective Comics in February 2010. It brought in a considerable amount of money, a staggering figure well above the numbers that used to surprise (or shock) people back in the collecting days of the 1960s when anything over $100.00 seemed amazing.

Detective Comics #27 is now one of the most valuable comics on the collector's market, for example a 2012 copy sold for $523,000 from the "Billy Wright Collection" (info about the sale at Comic Book Secrets.)

Heritage Auctions: "Detective Comics #27 is generally considered second only to Action Comics #1 as the most desirable comic in the hobby. "