A familiar name to the comics press and fan community alike in various roles for over a decade, Gorinson has served as Valiant Entertainment's founding vice president of marketing & communications and senior vice president of brand & content strategy for Hivemind, the production company behind Netflix's The Witcher and Amazon's The Expanse

Batman Tribute—this print celebrates the first appearance of Batman—and it's coming back for Black Friday! Join the waitlist & be the first to know when it drops: https://t.co/xoWSnt8STT#comicart #comicbooks #batman #dccomics #comicartist pic.twitter.com/OYCCazvmQw

The Penguin TV show is recasting a major character – comicbook

Comic and graphic novel publisher IDW has set six of its books to be developed into television projects with showrunners attached to each. The series in development include “Bacchus,” “Dragon Puncher & Spoony,” “Korgi,” “Lodger,” “Relic of the Dragon” and “Satellite Falling.”

"Black Adam," "Morbius" and "Black Widow" — what do these three movies have in common? Besides being superhero movies released within the last two years, none of these films’ opening weekend ticket sales surpassed $100 million in the U.S.

Could Apple buy out Disney? – comicbook

...During Iger's first go-around, Disney grew into the biggest studio in Hollywood, acquiring the likes of Marvel, Pixar, Lucasfilm, and 21st Century Fox. Now, Iger says they need to dive in with the assets they have and continue performing above expectations.

Aaron Taylor-Johnson is allegedly the top choice to replace Daniel Craig as the next James Bond, after taking part in a secret screen test.

The actor, 32, is said to have impressed producer Barbara Broccoli during an audition at Pinewood Studios, where many of the franchise's films have been filmed.

Bat City joins a flurry of businesses bringing new life to the historic area, casually referred to as Old Manatee.

Marvel's new idea: Werewolf by Night and the Guardians of the Galaxy Holiday Special – Something

Marvel Has Found an Answer to So-Called “Fatigue” much like a single issue of a comic book, the 'Guardians of the Galaxy Holiday Special' and other one-offs offer a solution for audiences not ready to spend six-to-nine weeks on a TV show

An estimated 60,000 to 70,000 people are expected to attend this year’s Tokyo Comic Con at at the Makuhari Messe convention center east of central Tokyo.

Superman secret identities to be reinstated in Action Comics #1050 – Comicbook 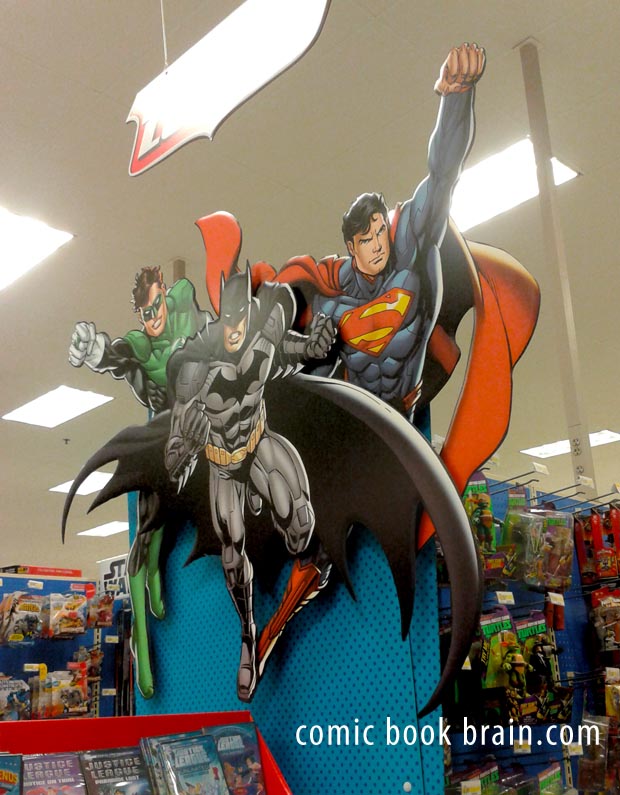 On the right is the real Namor on the left is a cheap knockoff Halloween costume from a discount store. pic.twitter.com/R9JRuPfGeY

Bob Iger back in charge at Disney

On Sunday, Disney announced that Iger would be returning as CEO to replace Bob Chapek. Iger had stepped down as CEO in February 2020 but stayed on as executive chairman until December 2021, when he retired. The change is effective immediately, and Iger will remain CEO for two years, during which time he will work with the Board to "set the strategic direction for renewed growth" and identify a successor.

“I’m in shock,” tweeted Cagnin. “I discovered that the 1899 series is simply identical to my comic Black Silence, which was published in 2016.” “It’s all there: The Black Pyramid. The deaths in the ship. The multinational crew. The seemingly strange and inexplicable things. The eye icons and when they appear. The voices that call them. Subtle plot details, like the personal dramas of the characters, including the mysterious deaths.” 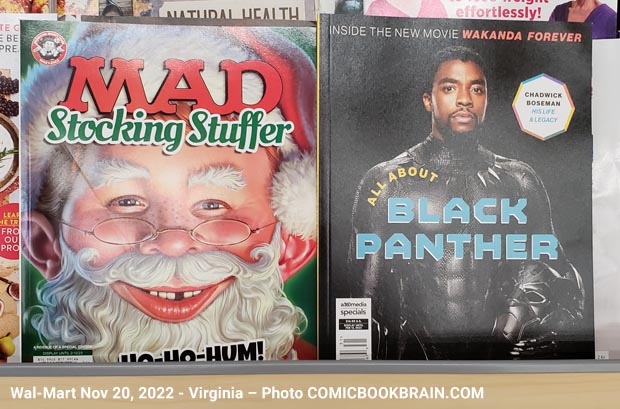 Four different Superman titles per month were published in that era, and sales hovered around 150,000 per issue. Six million copies of the death issue were sold, which was great in the short term for DC Comics and comic store owners, but not so great for investors who hoped to make a killing in the re-sale market. With six million copies floating around, pretty much everyone who wanted a copy already had one — or more than one.

Ribald in places, plagued by what plagues TV shows in general (mainly repetition, especially in visuals and sets); but on the whole this series took the risks of playing up more humor and "4th wall" dynamics, to the extent that we literally see a She-Hulk crawl out through the holding screen for Disney-Plus programming and address the audience and then go on a hunt for the "writer's room" where she castigates the script-makers of She Hulk, Attorney-at-law for taking the "easy way" out on a particular episode.

The show strives to be entertaining and simply refuses to take itself too seriously, though it does make small efforts to address (briefly) things like revenge-porn; male-and-female power dynamics within corporate structures (in this case, the corporate law firm where Jen Walters aka She Hulk gets her paycheck); some street crime; the dilemma of manufactured identities overwhelming original identity to the extent a person in a costume refuses to get out of the costume creating a severe crisis in hygiene; and in an episode of that looks like an expanded version of a put-down joke about comic book nerd conventions, we get an unhappy male cluster group fostering their alienation and highlighting it by using code, that is, referring to women primarily as "females" as if they may actually be a separate species.

Also on display is the Marvel-way of taking down their super characters a few pegs through derision or personal malfunctions before unleashing them upon a problem only their superpowers can beat, and letting them beat it (which is where an inside joke is hatched in the final She Hulk, Attorney-at-law episode in which the script gets to have its cake and eat it too: we get CGI action and internal script complaints about using CGI action to cap-off an episode).

Tatiana Maslany is Jenn Walters and she is both likeable and a perfect contrast to the statuesque She Hulk (played by Malia Arrayah), and the two are physically a funny Jekyll/Hyde pairing that at times could have been exploited for the sheer poignancy of it, but that probably isn't a place the writers wanted to go, base don the evidence, as they keep plying the audience with humor. There's a lot of darkness in the Incredible Hulk universe, but She Hulk, Attorney-at-law isn't about that, but about, well, the better-gifted and more personable Lady Hulk who, in a sort of cathartic (for the writers at least) becomes a strutting, sexual conqueror that 'smashes' Daredevil (Charlie Cox). The Abomination played by Tim Roth also appears.

According to Ametalk! TV Program in Japan, there are currently twenty million copies of Chainsaw Man in the world today, with the manga circulation an impressive number considering the fact that there are merely a dozen volumes that have helped in telling the tale of both Denji and Asa.

But as Phase Five signals the beginning of the Multiverse Saga’s second act, expect a greater crossover cohesiveness as the MCU begins to assemble characters into intriguing configurations and reveal more of the stakes posed by the increasing bleed-over of alternate chronologies. Every announced Phase Five film and TV series to date spotlights characters the audience is already familiar with—even Blade and Daredevil, to a certain extent—so in most cases origin stories and explainers can be set aside...

That's a pretty good jump in value considering that Star Trek #1 as a 9.2 NM in Overstreet last year was only estimated at $2250.00

The imprint will officially launch in February 2023 with Blue Book, a series from Tynion, Michael Avon Oeming, and Aditya Bidikar previously released on the Tiny Onion Substack. The second series in 2023 will then hit shelves in June, featuring the first time The Oddly Peedstrian Life of Christopher Chaos will make it to print. Christopher Chaos, again, first debuted on Substack from Tate Brombal, Isaac Goodharts, Kurt Michael Russell, and Bidikar.

Those ticket sales fell short of its predecessor, 2018’s “Black Panther,” which became an instant cultural phenomenon with its $202 million domestic debut. Still, the sequel’s initial turnout underscores the reality that Marvel is simply operating on another level, at least when it comes to getting butts in seats. Case in point: “Wakanda Forever” has earned almost as much at the global box office in three days as rival comic book movie “Black Adam,” has generated after four weeks in theaters. And that film, which has $352 million in the bank, features Dwayne Johnson, who is considered to be one of the biggest movie stars in the world.

Review of Hell is a Squared Circle 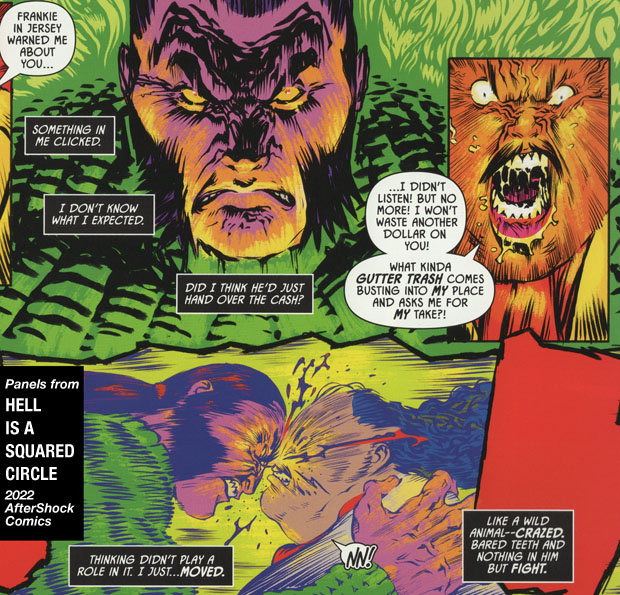