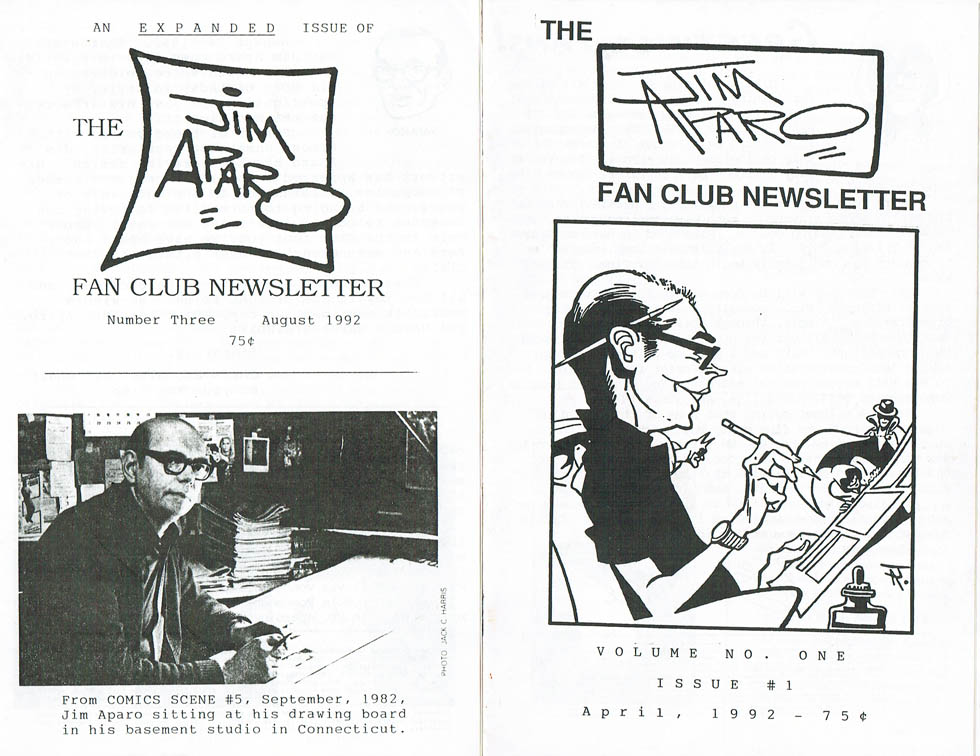 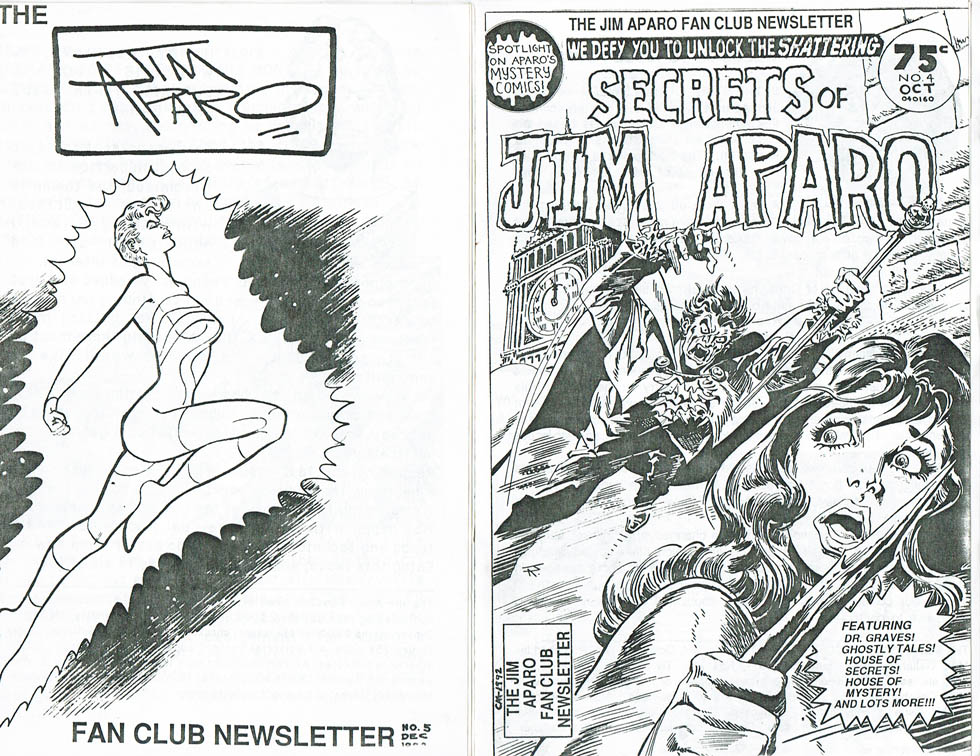 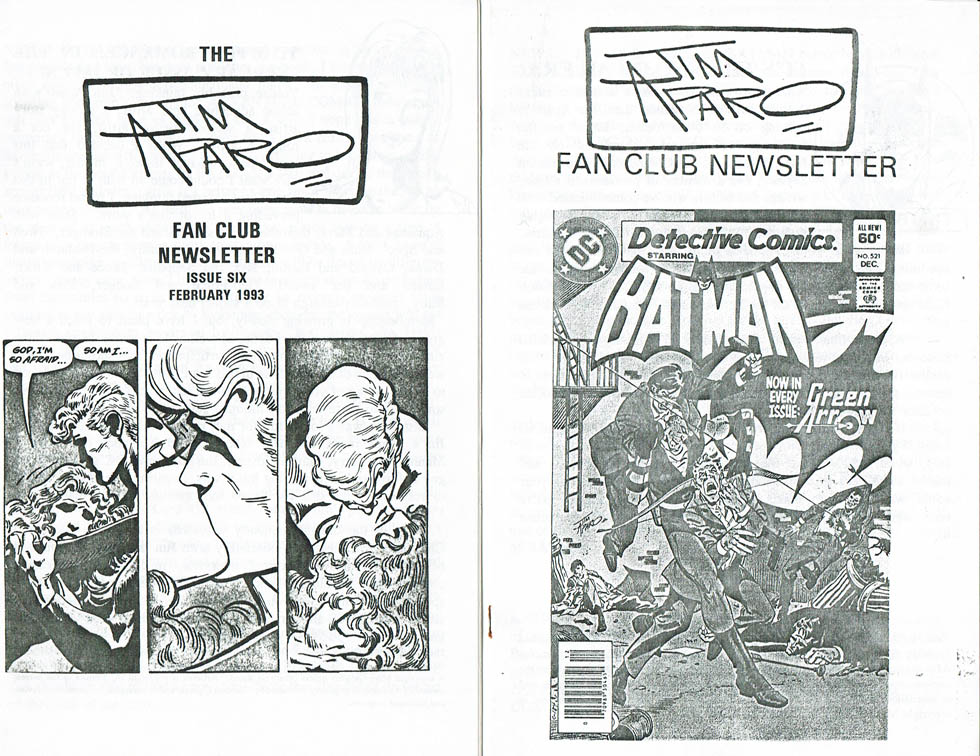 Jim Aparo: Aparo is typically listed as one of the foremost Batman artists from the 1970s. He worked on every Batman book DC Comics had at the time, and was a 'utility player' who often filled in when there was a lapse between regular artists on a Batman book (Aparo himself was usually doing the month-to-month at Brave and the Bold). This was while Aparo was simultaneously contributing to DC mystery books and doing covers for other characters (he even jumped back in to doing Aquaman for a while in 1977, all while still shouldering Brave and the Bold.)

Aparo is also particularly known for his run at Adventure Comics doing a revitalized Spectre that was closer to the original Jerry Siegel conception (Aparo's version - scripted by Michael Fleisher - was far and away more violent than what was normal in the superhero books of the 1970s.)

Aparo was associated so closely with Aquaman it was Aparo artwork used to depict Aquaman for the 2006 DC Comics stamps from the United States postal Service. 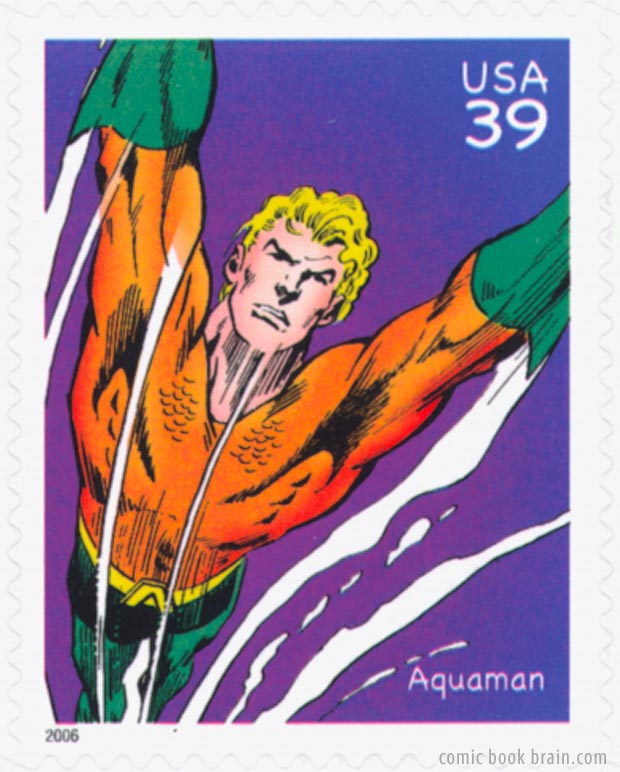 Jim Aparo got his start in comics doing work for editor Dick Giordano at Charlton Comics in 1966. His first credited work as a professional comic book artist was either drawing the adventures of "Miss Bikini Luv" for "Go Go" comics or it was for "Teen Tunes" magazine in 1967 - - I have seen claims going both ways.

Aside from Neal Adams, Jim Aparo is generally considered the dominant Batman artist from the bronze era.

Aparo was particularly the driving force behind the popularity of Brave and the Bold at DC Comics. 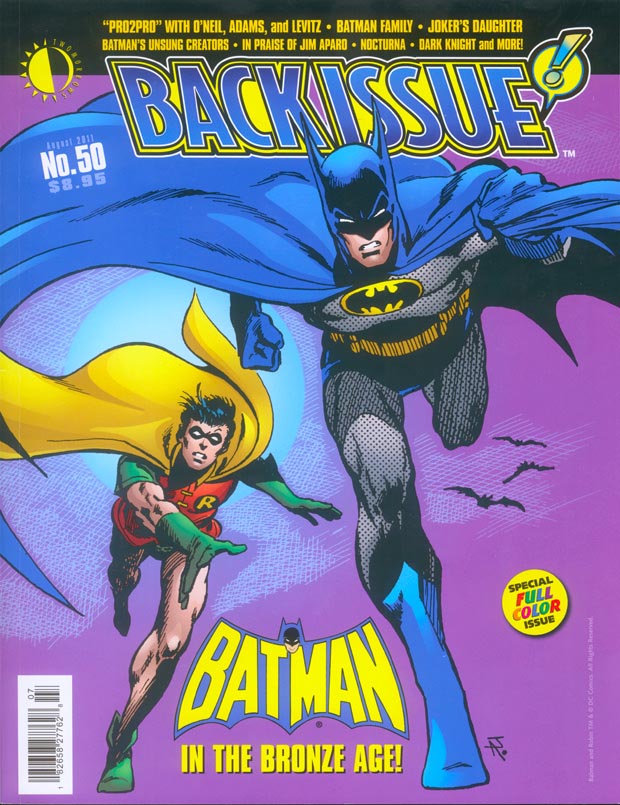 [Above: Cover to issue #50 of Back Issue magazine from TwoMorrows Publishing AMAZON

The "Batman Bronze Age" issue leads off with an editorial about Jim Aparo written by Michael Eury, which contains praise for Aparo's 1970s work, and speculates how much a bigger name Aparo might have become if he had stretched out beyond DC Comics. Along with several pages of lovingly chronicled issues of Aparo's 70s work, Eury gently raises the issue of Aparo's decline later in skills:

"If you discovered Jim Aparo after the early to mid- 1970s, you may not share my passion for his work. When scheduling permitted him to comfortably draw one comic per month (he generally alternated between two bimonthlies), Aparo's artwork was lush and memorizing. Once he became a DC commodity and was expected to produce at a quicker pace, his art lost a little of its luster. By the late '80s, as DC's main Bat-artist, Aparo was relegated to penciling. With all due respect to his embellishers, no one inked Jim Aparo better than Jim Aparo. That, coupled with the artist's advancing age and declining proficiency, made the latter body of Aparo's work seem like a pale imitation of that from his prime."

Aparo's later work is often marred by shortcuts and lack of attention to details, once one of Aparo's main hallmarks. His style became 'cartoony' and had a placid sameness. A thorough biography of the man might help explain what happened, something that hasn't been done yet, to my knowledge, only the drip-drop of short articles (like this one) which address in miniature the career of a comics artist who deserves a longer examination.

[The August 2011 issue of Back Issue has a cover price of $8.95. Issue also features Neal Adams and Denny O'Neil, a feature on Ernie Chus (Chan), Bob Rozakis, Len Wein, and the Frank Miller Dark Knight Returns.]

Jim Aparo book THE ART OF JIM APARO was announced in 2005 by twomorrows publishing.

DC Comics has come out with a second volume collection of old Brave and the Bold comics. Part of their low budget black and white "Showcase" series, this book is priced retail at $16.99 USD - or $11.95 USD from Showcase Presents 2: The Brave and the Bold Batman Team-ups

. It's a "phone book" style tome, and uses pretty cheap newsprint paper, which is interesting because all the comics in this volume were originally printed on that fairly awful newsprint paper in days of yore.

This particular volume has a lot of the early Aparo Batman work (also some nice Nick Cardy art, too). Aparo is only just coming into his 1970s style, and in these pages you can see his compositional strengths are pretty much established, but his detailed inking work has yet to begin to streamline (the most recent art printed in the book is from 1973.)

Wrath of the Spectre - Collection by Jim Aparo