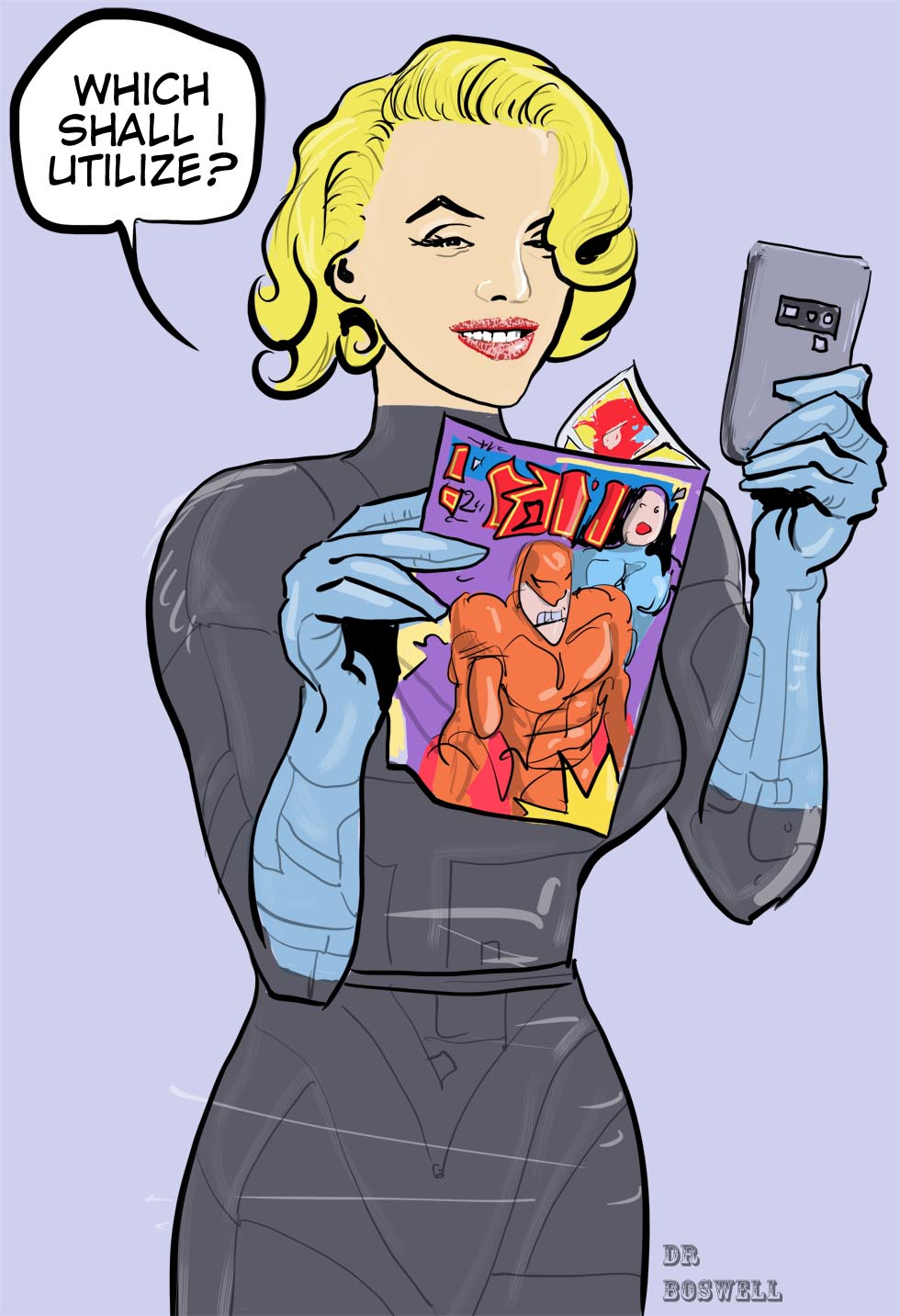 For and against "floppies"

...now may be the time for publishers to reevaluate the floppy model. It’s becoming clearer by the moment that the standard method of publishing isn’t cutting it anymore. Publishers need to explore new ideas to get books into new readers' hands, which may mean broadening how they think about comics -- and breaking into the book market with graphic novels and trades.

"Breaking into the book market" has already happened. Frequently, the shelves of a Barnes and Noble has a larger selection of new trade books than a small comic book specialty store does.

The future has to be a hybrid digital/dead tree one, since both contain audiences, and ignoring any audience is self-defeating in a niche field like comic books where even a few hundred readers can make a dramatic difference on the life and death of a series. It is irrelevant whether it is "floppies" or any other story and art delivery system. THis should be decided by the reader, if the reader wants floppies, why argue with them (who wants to drive off readers? Does that make any sense to anyone who has to count on a sale in order to survive?)

...publishers would do well to shift the focus from working exclusively with Diamond and producing mainly floppies, to producing more trades and original graphic novels. Since these can be distributed through multiple markets, it opens up more potential revenue streams, including bookstores and non-comics online retailers.

Expanding efforts to include more interaction with other audience fields for comic book publishers is a good thing, of course, and having only one major distributor has drawbacks.

But, whether comic book stories are going out via hand-held books, or online digital, through specialty apps, it almost doesn't matter, since acquiring a reader is a win, and a repeat reader is a win that multiplies into the future.

But shifting away from comic book specialty shops would be a disaster and will certainly mean fewer small publishers will survive. And its not just because of the subscription "pull-box" system, thought that us an aspect of the business that a Barnes and Noble* would drool over (built in sales in coming months). Though it is a rigid system with limitations, it is a system that gives both the reader and the retailer (and the publisher) a sense of the future audience for a particular book. But its not just that system, it is the physical reality of shopping that favors the comic book world.

The environment of a retail shop (or a Barnes and Noble) has real advantages, and should be maintained if at all possible. The main competition here is Amazon (or anything like Amazon) where a vast and deep sea of stuff is available for purchase and making the transaction is simple and straight forward. But there is the limit to the digital world because of how much effort it takes to peruse for unfamiliar material. The advantages in these online retail worlds is when the reader is searching and finding what they already know about it. For comparison, a potential reader staring at a rack of comics in an "analog" store can take in and mentally process hundreds of covers in minutes, searching for what they want by the most vague ideas and feelings. The equivalent experience on Amazon (or any digital mechanism) would take considerably longer and might prove exhausting (and require a reader to articulate something about their desires they actually can't do except visually) because of how apps are designed and the sheer limitation of gorging on visual data from hand held screens. What humans can eye-scan easily in a physical environment versus a digital one is extremely different, and simply put, getting the potential reader to at least consider an unfamiliar title with unfamiliar writers and artists is so much easier with physical objects instead of a digital world like Amazon (and its imitators) where the selections are curated by algorithm. Online marketers call this experience online the "funnel" where the goal is to get the buyer into a choice and then the transaction quickly as possible. Browsing is allowed, of course, but that is not what the design of the online store is for, it is to pull in the buyer and push them out quickly with the transaction occurring. The advantage here would be for DC Comics, Marvel, and any other publisher that is selling established, familiar properties. But for small publishers, the "seed bed" from which the comic industry renews itself, the communal centrality of a comic book store** allows equal competition by the sheer simplicity of spreading out the books on the racks for perusal, and DC and Marvel have the same shot at acquiring attention as the small publisher if the books are laid out equally with the all-import covers displayed freely.

In considering all these variables for the publisher to interact with the potential readers, the best way forward is by combination, by not willing to trade off something that exists (comic book stores) for something that might exist with book stores and Amazon (and a major concern here might be a certain financial reality that shouldn't be taken for granted: B&N and stores like them can go under - - Borders did, for example - - and if B&N type stores are aided in squashing the small-time comic book retailers, and then B&N goes down, where does that leave the comic book publishers?

Comic book collecting is a niche field that isn't going away, but it could keep shrinking year by year if new readers are not added in to replace the ones that drop out. Getting those people, whether its by retail store or by digital, doesn't matter, get them all.

* Barnes and Noble has specialty ordering, with either pick-up at store or mailed to home options. It is a fairly simple but crude system compared to the subscription system where readers sometimes sign up to get titles they haven't even heard of, as long as it involves some favorite writer, artist, or character. There's no way to do that with a bookstore special order.

** A small publisher has a digital advantage when promising their materials within their own web site or app environment. In that space, their most popular product might be the thing that allows their lessor items to be given half-a-chance to be looked over. This disappears in an Amazon environment where being already "known" is the key and sponsored placement means no matter what the reader typed into the search bar there will be competition placed on the page to distract the reader..