March 18, 2019: In a typical Marvel film, somewhere in the cloud of credits at the end will be something like this (from Captain Marvel)

Shouldn't the long list of past artists and writers be at the front end of the movie somewhere? Or shouldn't they at least lead the list of credits at the end? (Not jammed into a spot in between the VX dept and the gaffer).

A friend said to me "they may not want to do this as it might create a liability for a claim by the past creative people for money."

If Marvel (aka Disney) isn't already writing appreciation checks to past creative people whose work is being transplanted into the Marvel movies, they obviously need to start. Though there is a credited screenwriter(s) on each of the superhero films of the last decades (including DC and the others), so much of cinematic superhero writing is a collage of material lifted from the four-color world of comics, shouldn't that credit be acknowledged in some more forceful way on the films where that past work is being grafted in?

Because of those legendary "work for hire" contracts of the past which seemed to have been written with the point of making certain that under no circumstances would the author of a work being published by the comic book companies actually have legal recognition as the author in terms of ownership or a share of profits, and added into that is the paranoia by the corporate companies (well-earned for a number of reasons, the most obvious being the number of copyright suits they've had to fight off) there is a some sort of high-wire act being walked by the big companies like Disney/Marvel and Warners/DC about officially recognizing too much or too often the number of past talents that have fueled all the plots, stories and characters going into the movies that make hundreds of millions or billions of dollars, not even counting all the ancillary toys and side-products that are licensed.

But my point isn't legal ownership, but appreciation.

Screenwriter Joan Didion decades ago wrote that the focus of a typical Hollywood production is the construction of the "deal" not the creation of the artistic work. I took her essay on this matter as a way of explaining how a Hollywood movie can be a bomb and pure audience repellent at the box office, yet the production people walk away declaring it a "winner" because no matter what happens vis a vis the ticket-buying movie-watchers, the people who cooked up the production deal got their money up front and if the whole thing crashes they've already cashed the check and was for them a pretty good deal. If it succeeds at the box office, that's good but only as far as it creates leverage for concocting the next deal, maybe, so a big-budget sequel to a hit film can be a cash grab and victory lap all at the same time.

With that in mind, there's not only the corporate legal departments who are aghast at letting other names creep into the authorial areas of a work, but there are the current production people who might see the inclusion of other names as causing their share to get smaller. Perhaps this is like how pirates see one another as competitors when the booty is getting split up, since the fewer pirates there are, the more booty each pirate can expect to receive.

That cloud of names pushed into the credit roll at the end are being acknowledged for playing some kind of role in the movie on the screen, and that's something. But someday someone is going to investigate and put together a map showing how those names casually placed in the list in the small print section are the originators of very large sections of these blockbuster movies. When that happens, people will be lamenting the practice just as in today's world people lament how the Jack Kirbys, Steve Ditkos, Jerry Siegel and Joe Shusters were taken advantage of back when comic books were young. 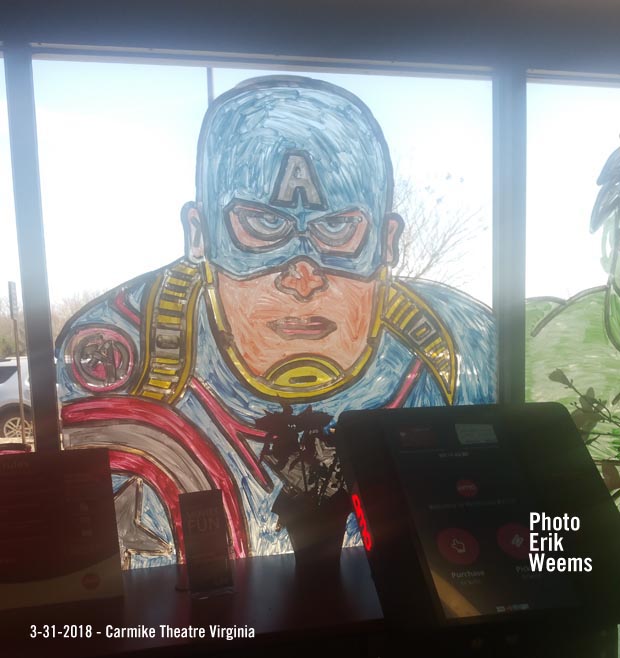 The first comprehensive literary biography of Joe Shuster and Jerry Siegel, creators of Superman. Drawing on ten years of research in the trenches of Cleveland libraries, boarded-up high schools, and secret, private collections, and a love of comic books, Brad Ricca's Super Boys is the first ever full biography about Superman's creators.

AMAZON - Jack Kirby: The Epic Life of the King of Comics

Told in vivid graphic novel form by a groundbreaking Eisner-nominated comics creator, the long-overdue biography of the legend who co-created Captain America, Iron Man, Black Panther, the Fantastic Four, the X-Men, and many more superhero favorites.