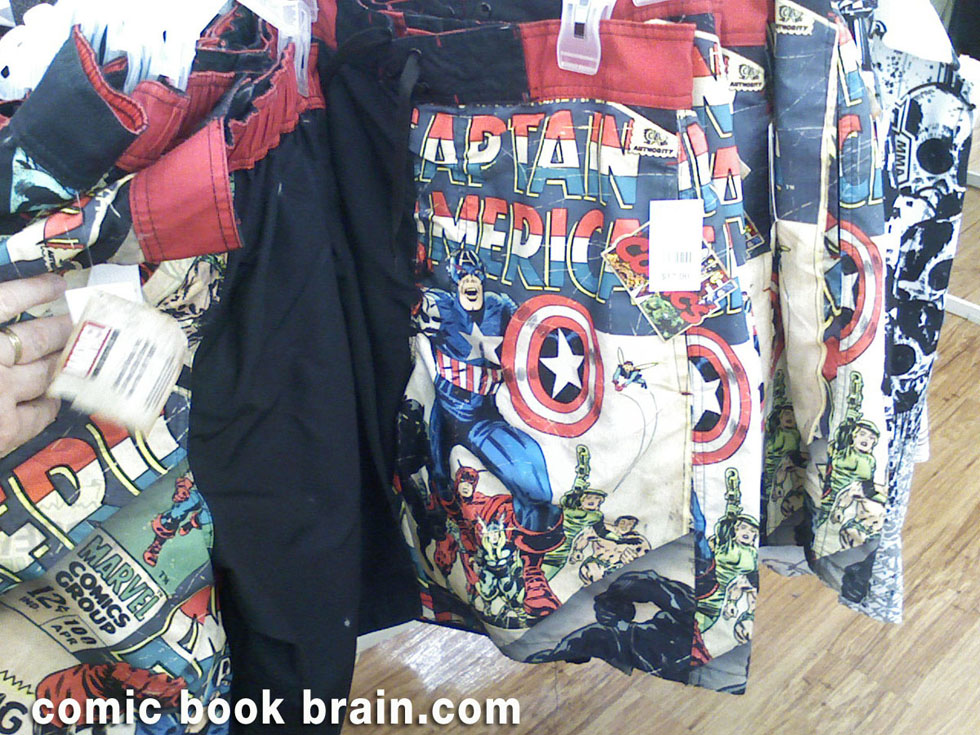 The debacle of how Jack Kirby and Marvel Comics split up over unfulfilled promises and expectations never put to (legal) paper is the stuff of books and history. But in May 2010, seeing a pair of mens shorts at a Wal-Mart with Kirby's cover to Captain America #100 splashed across the fabric, the first thing I think of is "will Kirby's estate get a royalty?"

On top of this, news came out May 26, 2010 that the long expected Disney legal team is now going into the fight between the Jack Kirby estate and Marvel Comics.

Kirby's kids want copyrights for their fathers characters to be turned over to the Kirby Estate, and with the success that the Siegel and Shuster families had last year recapturing chunks of the Superman character base and mythos, you can see the beads of sweat popping out on the foreheads of Disney executives who shelled out $4 billion USD in cash and stock to acquire Marvel in 2009.

Aside from all the legal machinery turning on the copyright issues, there's the claim by the Kirby estate that credit due to Jack Kirby has not been forthcoming as Marvel continues to roll out film, TV and comic book projects. The grim fight for recognition that started in the 1970s about how Superman's creators were treated has spawned many similar battles in its wake, and this one with the Kirby family is a big one.

News reports are speaking of the vaunted Disney legal army that can paper its way through any fight and can reach well into the United States Congress in efforts to retain control over characters (see this Wikipedia article on the 'Mickey Mouse Protection Act'). But in the aftermath of seeing Siegel and Shuster's heirs get Superman back, anything is possible.

Why didn't Marvel treat Kirby better when they had the chance? I believe their actions is called "bearding the lion." Now they risk losing the whole thing.

Someone at Marvel might be asking itself, "Why didn't we just return Jack's goddamn artwork like we were supposed to?"

Update: The Kirby vs Marvel story ended with a secret deal

Related: Copyright Wars of the Superheroes