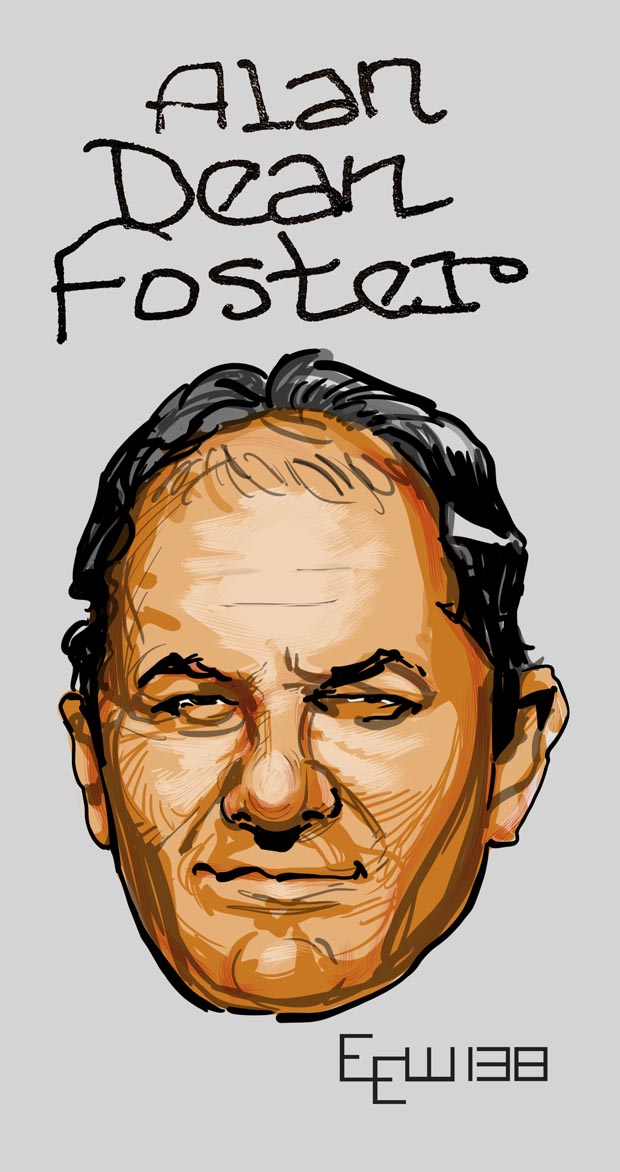 Alan Dean Foster in fight with Disney to get them to pay royalties owed, and the general collapsing of the Mouse House's reputation

It is probably hard for any adult under the age of say, fifty, who has kept tabs on the activities of the Disney Company, to not be aware of the incredible slide of the company in reputation. At one time Disney stood out as an entertainment entity with a very shiny reputation and considered by most of us who paid attention to such things as in a special category all its own.

Even if its kid-fare product wasn't what we wanted because we outgrew it, those of us in the creative world had positive feelings for the talent of its animators and artists and for how the company was able to keep a stable of popular characters going, decade after decade.

The scope of the company was special, too, at one time Disney seemed like just a couple of theme parks and a film studio that was consistently trusted by parents who wanted to not have to parse too deeply into whatever entertainment they were buying for their kids, whether it was feature films running matinees at a theatre, Disney-branded kid books, or comic books, or TV shows. If you've ever looked at Hollywood history and how, for example, M-G-M was considered a "gold-standard" film studio, that is what Disney was for kids entertainment, the company other companies tried to compete with because the Disney standard was higher and because the back catalog of films was so deep with success and quality.

Disney of course changed, whether with the times, as some historians have it, or because of how the leadership altered from the time when the Disney family itself (especially Walt himself) ran the company as a family business, into what it is now, an enormous corporation that buys up other corporations and now seems like a cartoony stereotype Wall Street villain from a 1980s movie, with slicked-back hair, a sharply-creased business suit, a smile like a shark, followed by a staff of attorneys with hungry eyes and a barely-legal scheme for any situation. The shift of the company image from the (disappearing rapidly into the past) happy little mouse with white gloves into today's wererat isn't complete, but it is progressing like a predictable plotline in a movie.

This news story has gone out across the internet bringing attention to Foster's effort to get Disney to pay on the contract they bought when they took over George Lucas' Star Wars property years ago. Apparently they've been stiffing him on money owed ever since they closed the deal with Lucas, and now they're using a weasel defense to describe how they're trying to work with Foster while he is claiming in return that they refuse to respond to him unless he first signs an NDA which would forbid him from talking in public about his plight.

What makes the situation even darker than just Disney not honoring their contracts is that both Foster and his wife are claiming serious medical issues and thus they obviously need the money that is owed to them in order to care for themselves.

Some internet news on this: