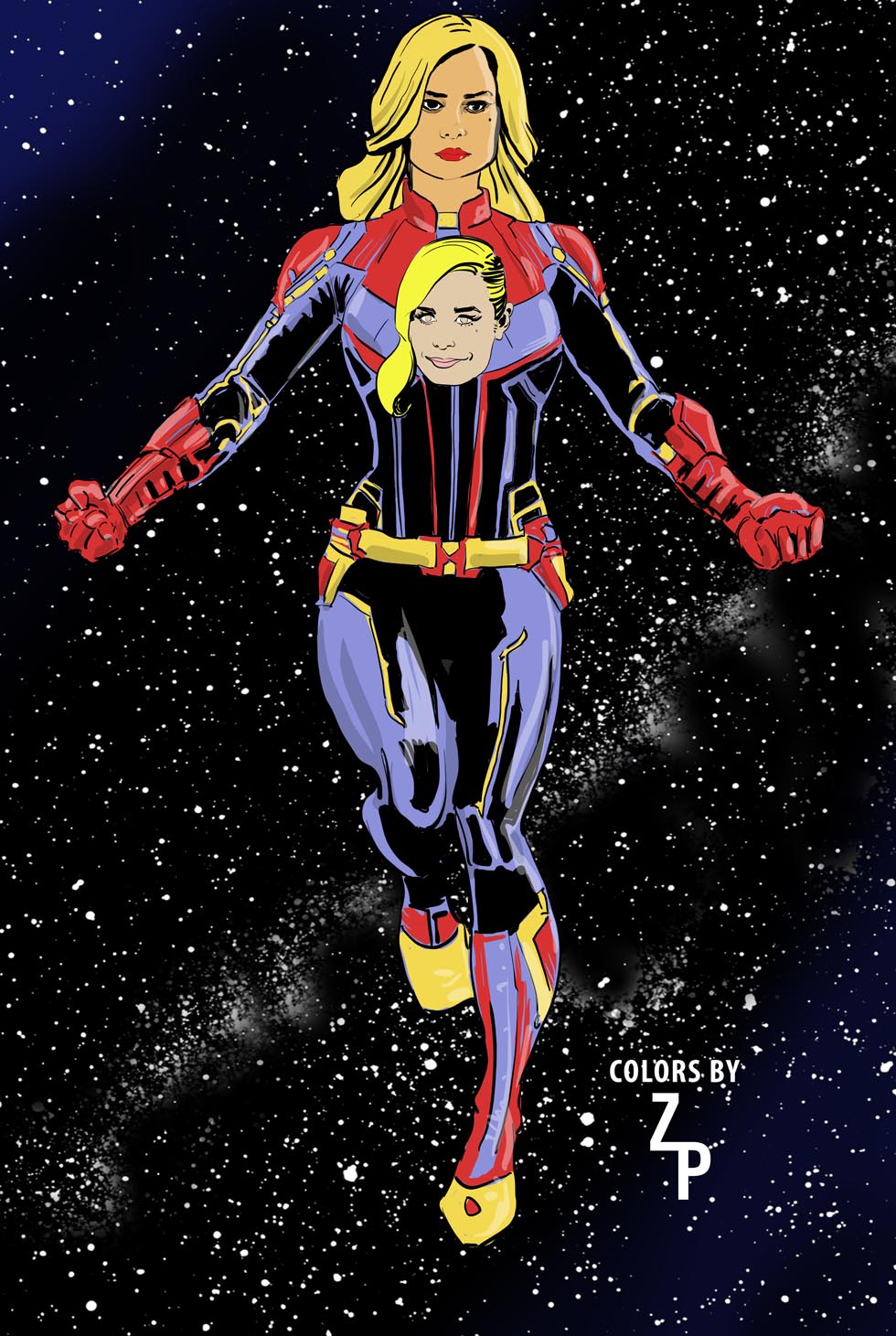 "Captain Marvel II has a Superman problem: the hero is an overpowered, unrelatable character"

Carol Danvers has already been established as one of the most powerful heroes in the MCU, a hero so incredibly important, that she doesn’t have enough time to protect Earth; she’s got the entire universe to worry about."

The article from Jan 23, 2020, goes on to describe that Cap'n Marvel essentially doesn't change during the course of the story of the first film, so there's no "story arc" for the character.

This isn't necessarily a problem, though it is relatively rare. There are many instances in Hollywood story construction where the hero doesn't change - - a number of John Wayne cowboy movies feature a character where the "Duke" isn't altered by the events around him, but he alters everything and everyone else. Usually, at the end he has to decide whether to stay put under the new conditions his actions have created, or he has to exit (usually he exits, the situation now one where law and order prevail and he is no longer needed. Also, it is now a situation where his anti-hero character cannot thrive, so the screenwriter has him ride off alone away from the conformity of settled civilization.)

The solution for the ultra-powerful Captain Marvel II, according to the piece from Forbes, is "... what if there’s something out there that she isn’t equipped to deal with?" But isn't that's the premise for a hundred-thousand superhero stories? This actually seems like a set-up to feed the problem identified in the article. It repeats the cycle of the superhero being powerful, then overcoming the momentarily undefeatable enemy by deploying even more power, often in the guise of:

The major issue that confronts superhero movies is one that doesn't go away for any genre: how to tell an entertaining story where it doesn't matter too much who or what the hero is, but whether the tale in combination with the character can carry an audience. If the character is fascinating, together with a "good story" it is an effective box office combination. It is a false premise that a story hook (especially one used so many times before) will invite interest from an audience.

Whatever the case for the next Brie Larson hero film, unfortunately, often the Hollwood solution to the dilimma of a sequel is drawn from a list of options that are very, very familiar:

The expectation at Comic Book Brain is that a great deal of creativity will go into making the production deal (i.e., the money part of a blockbuster sequel) for Captain Marvel II, hopefully that same energy will go into solving the problem of an audience-viable story.

March 11, 2019: The cloud of bad pseudo-reviews and legit reviews with lackluster enthusiasm bode ill for the 21st picture in the MCU release schedule. Politics and social-media harping looked like it was trying to sabotage the ability of the Brie Larson starring movie to get judged by an impartial audience. [Update: Captain Marvel goes on to make $1,128,274,794 worldwide!]

With a fantastic opening weekend that's above $153 million in the domestic market and somewhere north of $302 million worldwide, all the moaning and complaining seems to have been for naught, the movie is performing like a top tier Marvel film and is built that way. With this kind of opening Larson's character will probably generate sequels and receive substantial presence when integrated into the coming Avengers Endgame movie, and beyond.

The word goes out on Ms Marvel Disney Show

Everything Everywhere All at Once at $89,392,790 worldwide earnings [Production budget of $25 million].

Fantastic Beasts: The Secrets of Dumbledork at $401,145,511 worldwide [Production budget reported at $200 million].