Cinemablend - 6 Ways Batman Forever Was Ahead of The Curve

Variety - Could the longer one get released?

Interesting that this story follows close upon the heals of a suggestion Holland could play Robin, the Boy Wonder in a DCU film, and he was interested in the idea.

Henry Cavill, Robert Pattinson, and Tom Holland, among others, are profiled.

Under the deal, IGN will produce live streams around 34 of the biggest of the Comic-Con@Home panels, and create other “shoulder” programming during the five days of the show, roughly 36 hours of live shows.

Those panels will be carried across IGN’s various outlets such as IGN.com, as well as on Comic-Con’s YouTube, Instagram and Twitter sites, and the Comic-Con@Home website. The show will unfold online over five days beginning July 22.

Their number one story (mentioned in this top ten roundup article) that never happened is Alan Moore's "Twilight of the Superheroes" which reminds me of the "Death of the Superheroes" by Steve Skeates from The Comics Journal, No. 47, July 1979. Anyway, according to CBR, DC Comics "ripped off" Alan Moore and so he departed before ever getting anywhere on this project of showing how the various big names at DC Comics would meet their end.

I was surprised CBR didn't mention Frank Miller's aborted "Batman Holy Terror" story (that got transfigured into something else under a different title with Dark Horse and obviously not with Batman) which was for awhile one of the news worthy would-be Batman tales.

There is talk about Joel Shumacher's "darker version" of Batman Forever

Script writer Akiva Goldsman had recently been talking about the two films made with Shumacher, Batman Forever and Batman and Robin, and his comments indicate the original shootings (on both films) aimed for a less toy-oriented approach, but this was overruled by Warners. Now it appears there was an original 170 minute cut of Batman Forever that steered toward a harder psychological line on Bruce Wayne (certainly hinted at in the film, tho not deeply explored), and there is interest in releasing this unknown version, much in the way the "Snyder cut" of Justice League has ticked up interest.

The MSN News article compares the new Snyder project with this unseen Shumacher Batman Forever and notes there is a lot of appetite for big name films on the streaming services since the pandemic has knocked out film production so effectively, but whether a new version of Batman Forever could be assembled is a big question mark due to the age of the film elements and how to integrate the released film (and the unreleased film) together..

170-minute cut of the 1995 superhero blockbuster “Batman Forever” from the late director Joel Schumacher exists, but that Warner Bros. was “unsure if there’s any hunger for what was described to me as a ‘much darker, more serious’ version of the film.”

Zatanna Movie in the works

Story at Cinemablend includes Zack Snyder's comments on the "long" version of Batman V Superman is going to HBO Max, and he's very happy about it.

Marvel now has the Predator and Alien series 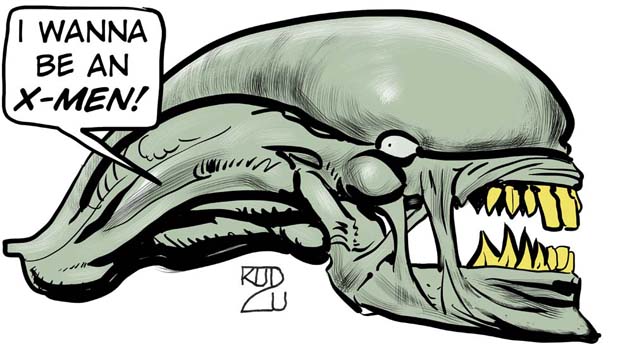 "The strange history of pirate Batman"

More about Diamond Distributors, the (formerly) biggest middle-man in comics