Birds of Prey: And the Fantabulous Emancipation of One Harley Quinn (original title) 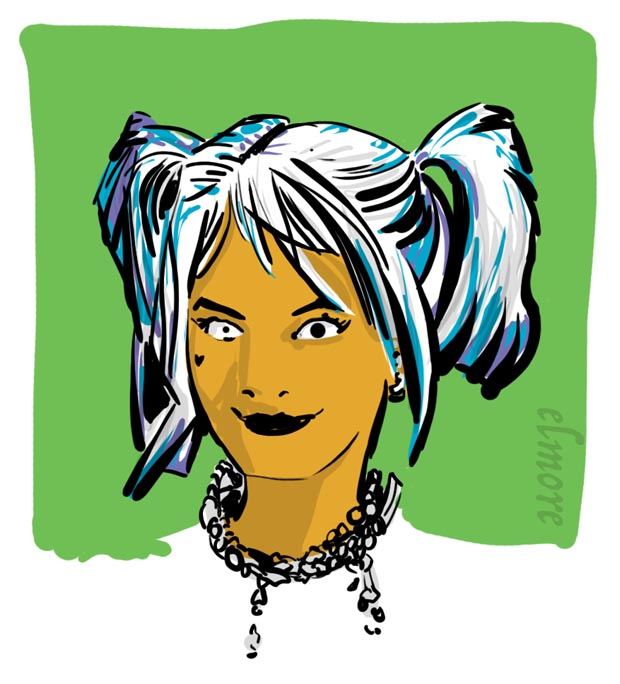 When Suicide Squad came out, I remember a major league critique opining that the film was entertaining with a good cast, but that DC really needed to start making better films, referring to the frayed story construction and general chaos evident in the production viewed on the screen. Well, DC/Warners decided to take that kind of advice and go in the opposite direction: more chaos, less story construction, more frenetic story-telling.

Despite the underwhelming performance of Harley Quinn - Birds of Prey at theatres, and some folks speculating Margot Robbie might be abandoning the role, James Gunn is talking about Suicide Squad II and the prominence Harley will play for that forthcoming film. This from Movie Web

Beyond that, very little had been revealed. It has been billed as more of a reboot as opposed to a sequel, but several characters from the original will return. Aside from Margot Robbie, Joel Kinnaman (Rick Flag), Jai Courtney (Captain Boomerang) and Viola Davis (Amanda Waller)"

A certain irony regarding the fortunes of Harley Quinn Birds of Prey is that Will Smith's Bad Boys for Life sequel is now competing in theaters for tickets (Smith was Deadshot in the 2015 Suicide Squad).

Birds of Prey leads weekend boxoffice, gets tagged as a bomb by press

Interesting phenomenon is when a "big" movie tanks, the press helpfully chimes in to describe how they knew this would happen all along.

Birds of Prey (and the Fantabulous Emancipation of one Harley Quinn) had a reported production cost of $84 million. After the poor opening weekend the worldwide take is $79,510,017 million. Roughly speaking, the film needs to gain twice its cost of making it in order for the production company to earn a profit, so there's a need to generate another $90 million in box office ahead.... which may not be possible. (Consider how Dark Phoenix appeared last year and sank, though it was another sequel in a long line of X-Men movies so there wasn't any branding incomprehensibility working against it. DP produced a total box office worldwide of $252,442,974, but it's production budget was a gigantic $200,000!)

Will the hurried effort to rebrand Birds of Prey help? Suicide Squad in 2016 made $133.6 million in its domestic market opening weekend, and $746,846,894 million in total during its world wide run. Its production budget was $175,000,000. Suicide Squad was beaten badly by critics (for various reasons), but still pulled in a lot of dollars. For the rebranded Harley Quinn to "grow legs," as they say in the cinematic arts, some good word of mouth needs to spread, and there is mostly positive feeling out among the web sites that rank audience reactions, so its not an uphill challenge like Suicide Squad posed, but the future looks kind of dim considering the odds.

Bloodshot comes out March 13, The New Mutants on April 3, so I expect worries about a relapse of "superhero fatigue," that all-purpose condition to explain box office failure, will be confirmed if these two also fail. That would put a lot of added pressure on Black Widow on May 1 and Wonder Woman 1984 on June 3, especially since the female-leading Dark Phoenix from last year failed, and if Harley Quinn does also, then eyes will be watching these two big Marvel and DC female-lead films for 2020 with extra scrutiny.