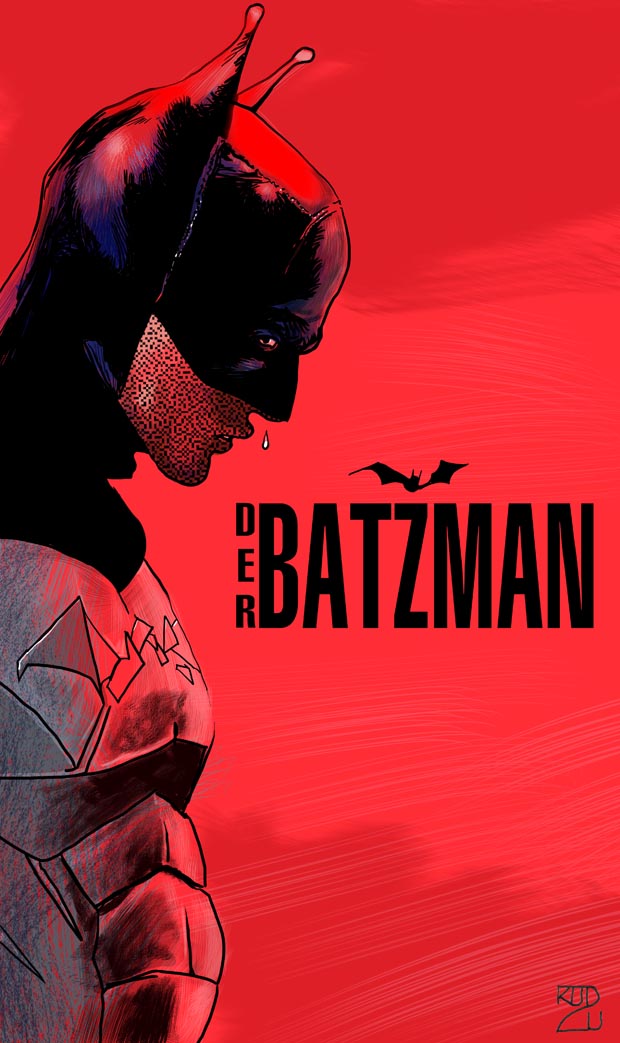 This is not the official poster

Related: Pattinson is "over the Covid" says We Got This Covered

Next Ant-Man movie will have Jonathan Majors

5G sounded like a suicide pact to many outside of the halls of DC Comics, and it is now probably a huge relief for many that it is cancelled.

As part of the new DC timeline, 5G – or Generation Five – was to have seen the DC Universe relaunch with a new DC Timeline, and all major characters aged up, being replaced in the roles by other, younger, characters. Luke Fox would be the new Batman, Jonathan Kent the new Superman, Captain Cold Jr the new Flash...

More about this at Den of Geek

Lee was responding to speculation about DC’s rumored crossover that might have done everything from replacing all of the current big heroes with newer characters to a hard “back to 1939” reboot for the line, depending on which corners of the internet you mined. Instead, Lee told fans, DC’s publishing plan was to focus on a core line and let the meta-narrative of the DC universe evolve organically, letting individual books breathe and grow rather than “dumping [all the big changes] in one month and renumbering the line and going for that really short-term spike in sales.”

To pull off (another) major revamp of the DC line (its been done before, e.g., "New 52") looked pretty crazy to many people fearful that the already disintegrating comic book industry would tragically and (presumably) unintentionally be showing longtime fans to the exit doors since the characters they had long followed would become absent or at best second-tier concerns. Betting the bank on a load of new fans captured by the new direction looked like a frantic maneuver with less that likely positive results, and the harshest critics of the move were saying it looked like DC Comics was in the grip of some bizarre conspiracy trying to destroy the company from within.

Daniel Cherry III is the man in the Vice President spot now, and he will play a large role in getting things a little bit more stable at the publisher.

Now it is set for the classic big-budget-desperation release date of Christmas Day, allowing for maximum freetime on the part of families to hit theaters (provided they're reopened, a number of major theater areas are still closed, particularly on the West Coast).

Warner Bros. has found massive success over ... holidays with its DC properties. “Aquaman,” which released in 2018, generated over $1 billion after hitting theaters around Christmastime. The hope, barring a second wave of coronavirus, is that theaters in New York and Los Angeles will be able to open by then.

The obvious question after this move by WW84 is whether the other flashback-female superhero film of 2020, Black Widow, will stick with its release date of Nov. 6, or will it move, too?