Story at Bleeding Cool about how comics coming from new DC Comics distributors UCS and Lunar are sourced from a different printing company than DC's usual printer in Canada (Transcontinental Printing) and will therefore be of a different print run entirely versus the copies of the same issues that will come from Diamond (who already have the issues but are stuck in their warehouses due to the lock-down for the pandemic). When Diamond reopens and presumably ships out these copies to stores, collectors will have a choice of two very different "first editions" for those issues, though the question arises if it will be possible to tell them apart.

Survey of some new stuff out this week, a break in the famine of comics publishing, especially DC Comics veering into limited "digital first" publishing, at least temporarily - story at SYFY

Retailers objecting to the plan noted numerous issues... the fear being that this could signal a permanent shift away from the Diamond model that's been the standard distribution method for many years. It's worth noting that other retailers were on board with DC's plan as a way to get out at least some new product for the time being, and numerous shops are doing whatever they can to get by with curbside pickup and delivery already, but the debate is not over. The comics industry is going to evolve, perhaps in ways we have not yet seen... "

Whether the status quo of pre-C9 can return is a real question. 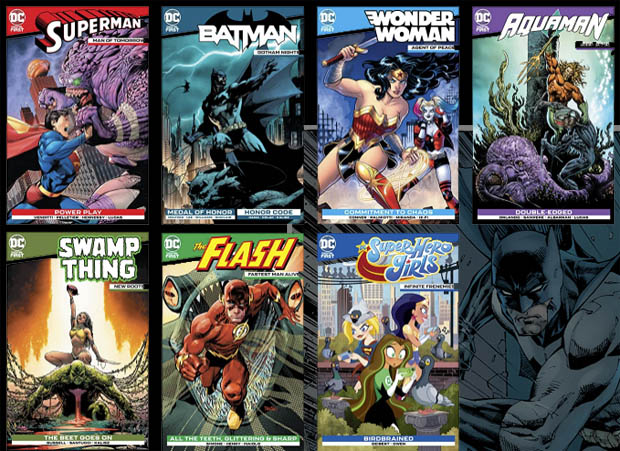 See and buy at Read DC

Adam West + Window + Burt + everyone else

Scout Comics are now distributing on their own

It looks like "exclusive distribution" is no longer a part of the relationship, but Diamond will be carry DC product in the future, at least for now.

DC Comics seems to have split its main distribution effort into two camps, Lunar Distribution [nothing there but a login page and phone number] which will handle the Western USA/Canada and UCS Comic Distributors [ditto] handling the Eastern side.

Hollywood Reporter (This article adds a lot of irony to this unfolding tale. A chronicle is provided showing that in the distant past Irjax Enterprises sued Phil Seuling's Sea Gate Distributors to stop exclusive distribution contracts that Sea Gate had with Marvel, DC, Warren and Archie. Then, later Irjax become comic book monopoly distributor Diamond Distributors, and here we are.) 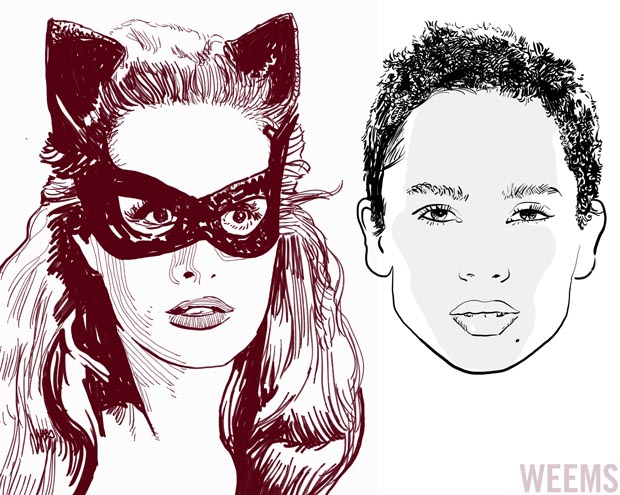 Story at insider.com lists all the people (30 actresses!) who have played Catwoman in Film, movies, games, etc. They start with Julie Newmar and proceed through the list to Zoe Kavitz.

Another prediction of disaster for comics industry, maybe

A flattering article about the comic book industry and its importance takes notice of the idea that (as mentioned in the article at UK Guardian, quoting Gerry Conway) that Frank Miller's Dark Knight paved the way for the 1989 blockbuster box office hit Batman movie, and that it is from the comics the superhero fashion makes its way to other outlets (movies, TV, gaming) and builds value along the way, but without comics there's no starting place (at CBB, we've often said comics are the seed bed for a lot of pop culture, not just that trio of things Conway mentions). The article goes on to detail how the situation from the pandemic is threatening to destroy a lot more than just comic distribution, though:

The coronavirus pandemic had sunk retailers deep into the red. They couldn’t pay their bills to Diamond or rent to their landlords, because they hadn’t made any sales. “Product distributed by Diamond and slated for an on-sale date of 1 April or later will not be shipped to retailers until further notice,” Geppi wrote.

Partially the article reads like a S.O.S. letter, but it also feels like part of the new pandemic journalism where panic and disaster is right in front of everyone with the situation threatening to spiral out of control, and anxiety is part of the salesmanship of such articles. But there's still a lot of nice detail to this piece as it interviews with various comic folks to get their impressions (which helps to model the attitude of impending ruin in the story). But, there's no discounting that the fears of these people being quoted is a real fear, indeed.

The situation has raised existential questions about the role of comics shops. Most retailers in the US are pure bricks-and-mortar operations, and proudly so. Even the industry’s heavyweights, such as Denver’s enormous Mile High Comics, have web presences that can feel like time travel back to 1998. But if the lockdown continues much longer, publishers may not wait for the shops to catch up. As Hill says, “There’s a lot of fear that they’re going to go ahead and release comics digitally and leave us behind, and continue to release comics into the market when we’re not able to participate.”

I don't see how comic shops can be cast aside without simultaneously throwing aside a huge piece of the market, and not just in individual issues of the comics, but in all that paraphernalia that dresses up the shelves in a comic book store. Why would Marvel, DC, et al., do that? I don't see how Amazon, no matter how efficient its web site is, can possible compete with the sprawl of impulse buying opportunities that a comic shop presents. Surely thats got to be part of thinking for the publishers, from the biggest to the small.