The Great British Comic Collection Auction for charity – "The auction consists of over 30 lots, included some fairly unique ones and lots of signed items" – happening on Facebook.

Comic creator John Wagner, co-creator of Judge Dredd for 2000AD, and Rok the God, is selling a number of comic- related items in aid of charity.

Article about the auction at Down the Tubes

It crashed in the theater, but Wonder Woman 84 was the biggest selling home video DVD/Blu Ray for 2021 with nearly $35 million in sales – Comicbookmovie

Marvel Unlimited digital releases a seven-issue series called Eternals: The 500 Year War only on that platform.

Article at Newsarama/Gamesradar and at The Wrap

Wolverine Comics was one of the businesses destroyed in the Kelly Square fire that happened on Halloween.

“If its just got a little bbq smell to it, then its for sale, we’re selling everything for half price,” Co-Owner of Wolverine Comics Beth Ward said. Wolverine Comics opened in Kelly Square in March, and eight months later they’re searching for a new location after a fire broke out in the building on October 31st.

The "most anticipated comics of 2022" – Polygon

Mostly DC Comics and Marvel is extolled, but there are some other companies in the list.

The travails of Batfleck

...his franchise obligations as Batman, a gig that saw Affleck grumpily anchor huge portions of Warner Media’s then-nascent DC Comics-based films. Both on- and off-screen, Affleck seemed enormously, depressingly bored by the chore of playing dress-up as a large human bat; even at the time, he occasionally made it clear that he’d taken the part less because he wanted it, but because there was some public understanding that he should want it.

Will Omicron knock The Batman release off schedule?

Given that Sony pushed its comic book tentpole “Morbius” from January to April, and Disney announced its Pixar title “Turning Red” will skip theaters in March and head straight to Disney Plus, many moviegoers have wondered if “The Batman’s” release is safe. Kilar told Puck News that Warner Bros. is keeping its eye on the pandemic, but no delay is currently in the cards.

Before he became a cartooning titan, Clowes was just a kid blowing all his cash on weekly comics releases. Now, a couple thousand of those issues are in the basement of Chicago Comics. “These are mostly things I bought out of rote obligation/OCD during a period in my teen years when I bought basically every comic coming out,” Clowes says via e-mail. “My best friend worked at a newsstand on Lake Park and was able to get everything at a discount.” 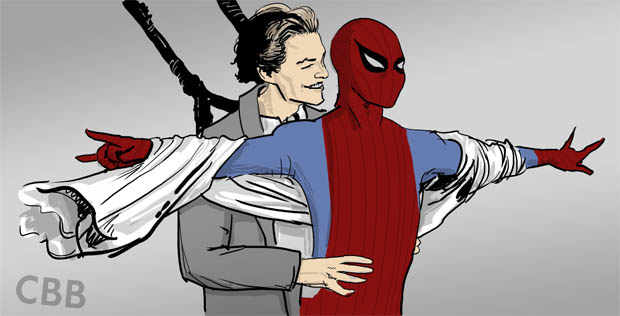 "Highly-graded copies of Hulk #1 are notoriously hard to find, due to the cheap paper used and the smudging of the gray color on the front cover," ComicConnect.com Chief Operating Officer Vincent Zurzolo said in the company's announcement. Zurzolo said there are only seven copies of the same issue known to exist with higher ratings, and it is extremely rare to find one offered for sale.

Spider-Man No Way I Don't Get A Sequel has crossed the $1.5 billion dollar level in box office

Sony’s latest web-slinging Marvel adventure has grossed $1.53 billion worldwide, cementing its place as the eighth-highest grossing movie ever at the global box office (not adjusted for inflation). Over the weekend, “No Way Home” generated another $64 million internationally and $33 million domestically, enough to push the film’s tally past slots nine through 12 on all-time rankings, which belonged to “The Avengers” ($1.518 billion), “Furious 7” ($1.515 billion), “Frozen II” ($1.45 billion) and “Avengers: Age of Ultron” ($1.4 billion). Does it have enough steam to take down the films that stand in six and seventh place, “Jurassic World” ($1.67 billion) and “The Lion King” ($1.66 billion)? That’ll be the next box-office test of “No Way Home’s” impressive staying power.

Dan Murphy is a photographer who developed the ‘Here I Am’ Down syndrome project in 2015.

Andrew Garfield can now talk about Spider-Man, and does – Variety

CW looks to be headed for changes – Deadline

Paris Jackson would like to be a Marvel Superhero – Variety

Paris Jackson has a few acting credits under her belt. The 23-year-old daughter of the late Michael Jackson has appeared on television shows “Star,” “Scream: The TV Series” and “American Horror Stories.” On the film side, we’ve seen her in “Gringo” with Charlize Theron as well as indies “The Space Between” and “Habit.”