DC's newest villain Miracle Molly made her full-fledged debut in May 4's Batman #108, and apparently, retailers are really interested... "Sales on 108 were insane," James Tynion IV writes in his newsletter. "We broke 200K on this one, and there are a bunch of amazing covers spotlighting Miracle Molly out in the wild."

John Romita Jr back at Marvel with "The Trial of Magneto"

Gal Gadot comments add to the legend of Joss Whedon

"He kind of threatened my career and said if I did something, he would make my career miserable and I just took care of it instead," Gadot said in the interview.

"I was aware that I was never going to own Marvel and DC stuff," Millar told me in a Zoom call from his home in Scotland. From the early days of comics, when writers and artists weren't even credited, to today, when their chapters spawn multibillion-dollar media franchises, "work for hire" has always been a thorny subject. Most recently, writer Ed Brubaker lamented that he'd seen no remuneration for creating Marvel's Winter Soldier even after the character headlined a Disney Plus TV series.

Revival of talk about an extended cut of Batman Forever

News of the extended cut, which is reportedly 170 minutes long, was first revealed by writer and podcaster Marc Bernardin back in July of last year when he said that the cut existed somewhere in the Warner Bros. vault. At the time Bernardin said "I have it on pretty good authority that there exists in the Warner Bros. vault a 170-minute cut of Batman Forever. I think that it went much deeper into his childhood psychosis and his mental blocks and that it was a more serious, darker version of that movie that was one of the first assemblies that Joel filed with the studio and they eventually cut it down because they were like 'it's too dark for kids. We gotta sell these Happy Meals, so maybe let's not invest ourselves in the trauma of childhood murder. 'We've got Jim Carrey, let him do some sh*t."

The Lai brothers, founders of Horizon Comics Productions, claim the armour worn by Iron Man in the movie is too similar to the outfit sported by Maxwell, a character they developed for their Radix comic series in the early 2000s.

In the brothers' failed 2013 case against Marvel, Justice Paul Oetken of the United States District Court for the Southern District of New York concluded there was no infringement because of the "distinctive features between the characters." But according to the new lawsuit, the distinctive features previously identified to justify the dismissal of the brothers' claims no longer exist in the new superhero outfits created by Marvel." 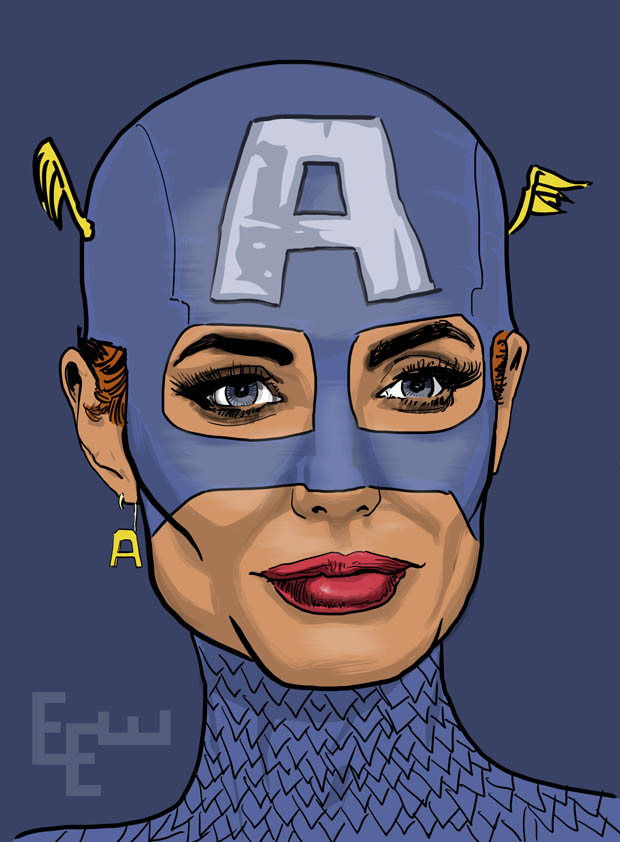 I keep hearing negative reactions on the Eternals movie that's coming ("it's going to be Marvel's first flop," some are saying).

On the other hand, press promo for the film is hanging in there:

Andrew Garfield says he's not in next Spider-Man movie

The "A-List" actors who play superheroes

"No Pants Day" to be celebrated in Newspaper Comics

List of all the digital releases for May at MSN News