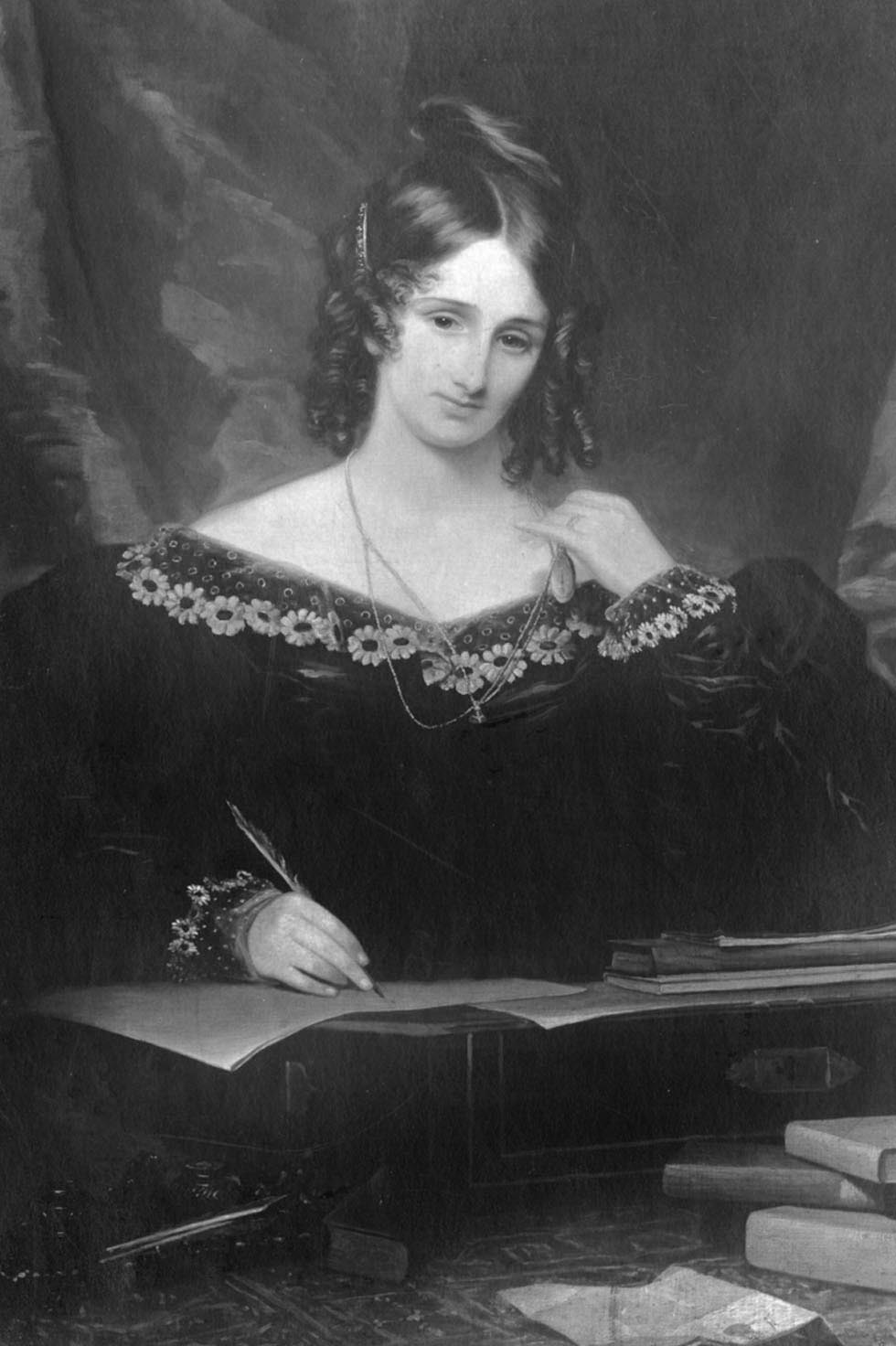 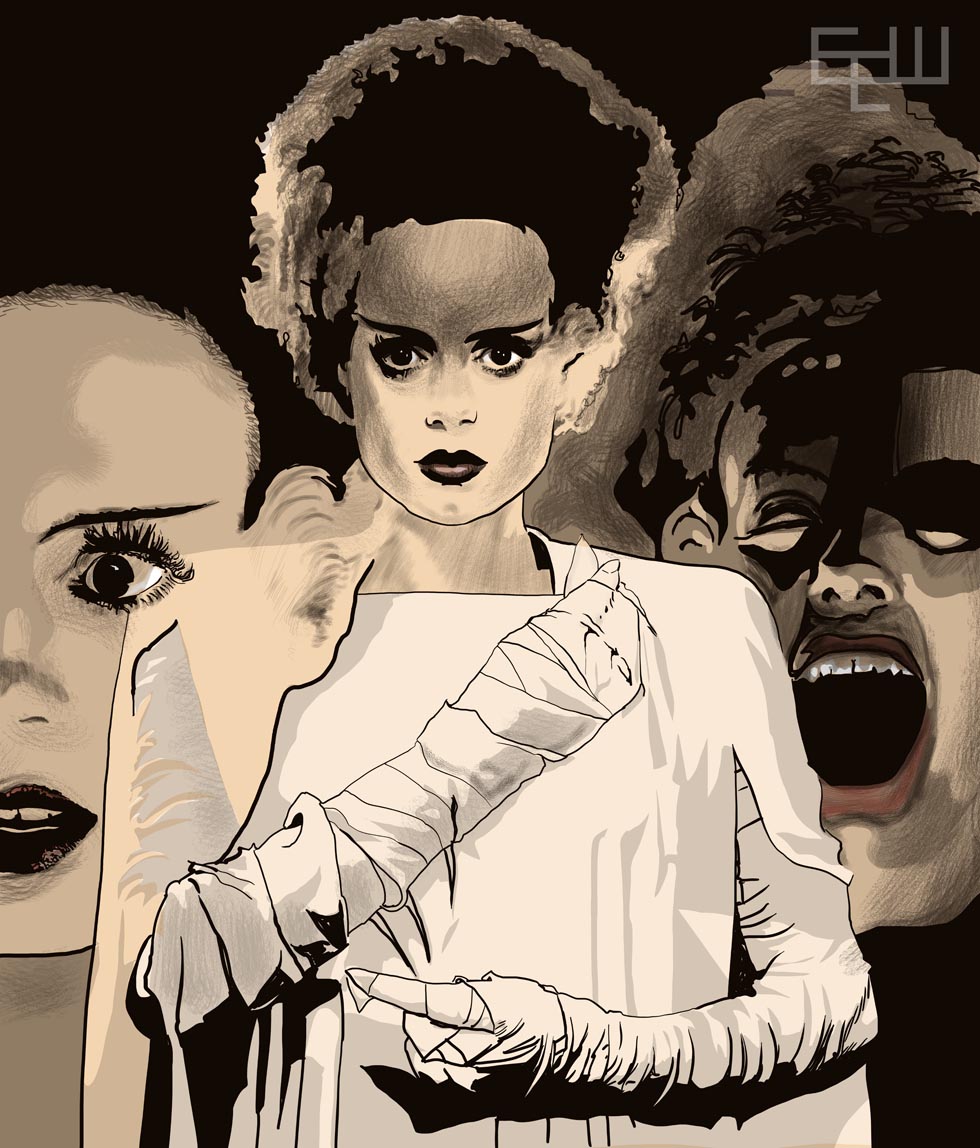 Secondary character in the Mary Shelley novel Frankenstein, written 1816, published 1818. That novel was the result of several factors, one being a short story writing contest privately created for amusement between Lord Byron*, Percy Shelley and Mary Shelley as they were trapped together on a summer holiday that had been sidetracked by the unusually cold temperatures around Lake Geneva in Switzerland in 1816 (caused by the eruption of the Mount Tambora volcano). Another factor was the death of Mary Shelley's sister Fanny by suicide some weeks earlier. (This aspect plays a role in the shape of the 2015 film Victor Frankenstein featuring James Mcavoy and Daniel Radcliffe.)

The 'Bride of Frankenstein' became a more prominent character through the James Whale directed film of 1935 The Bride of Frankenstein, which was a sequel to his earlier Frankenstein film of 1931. Pop culture took the bandage-wrapped woman (played by Elsa Lanchester in the film, who also played Mary Shelley during the movie's introduction) and over time the character has become an iconic image chiefly known for the towering hair with white lightning streaks and the white mummy wrappings. This imagery has (almost) made the character independent of the novel and the films.

*Byron also had an influence on the vampire fiction, see this page on Dracula