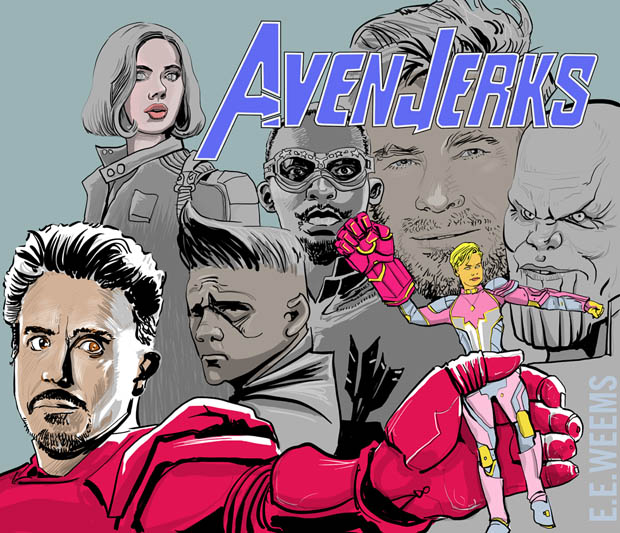 Apologies to the cast of Avengers

Tom Holland, Tobey Maguire, and Andrew Garfield could have all been in Spider-Man: Into the Spider-Verse

Idea didn't make it into film. Story at Collider

The entertainment industry is plotting to get back into full-money-making mode, and so the online websites are starting to fill will plans for releases and now concoctions of stars + characters. Here's the DC movie list, which was blown up by the pandemic, but is now starting to stabilize with films that were put on hiatus. It looks like now these titles are being nailed down to new, firm release dates.

More DC Movies: no dates on these projects, but said to still be possible (caution, there's a lot of abandoned DC Comics movie projects to be found in old news releases):
Aquaman The Trench
New Gods
Batgirl

Apparently Sony and Disney are thinking of a not-Peter Parker version of Spider-Man for TV programming on Disney Plus streaming service. Story about this at MovieWeb

Huh? Why not at least call it The New Suicide Squad, that sufficed when rebooting the comic series a decade ago.

The new film has a lot of familiar cast, but no Will Smith:

The director is James Gunn

(Concerning things of Suicide Squad nature, no disrespect to Mr. Gunn, but sure would like for the Dave Ayer's original version of Suicide Squad 2016 to be released, maybe in a deluxe box set with the unreleased Snyder Justice League. And if the buyer still has their ticket stub from the (sub) standard Justice League 2017 theatre release, you get a discount on this box set.)

Whats next for the Star Wars franchise 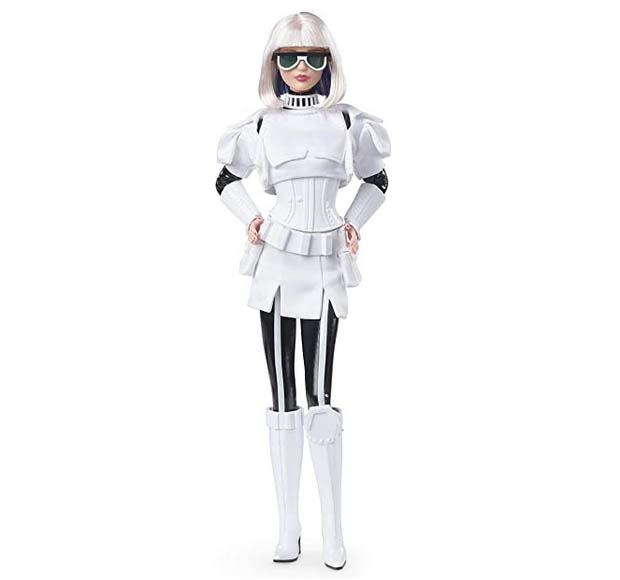 Despite originally emerging from the rubble wearing just a black t-shirt, War Machine is later released from Scott's giant hand wearing a patriot coloured super-suit. So, what gives?

Batman wants you to wash your hands

...what we learnt from Steve Geppi is that the order numbers that have been coming in for the new Final Order Cut-Off dates that were far stronger than Diamond was expecting, Nevertheless he predicted that they are still going to sell out and retailers would be ordering more.

Story at Bleed Cool and at Newsarama

Making a database of your collection

App to get your comic books, movies, etc., into order. Cost varies. A downloadable version is $29.95 for a year. Includes syncing to artwork and information to make gathering info apparently relatively easy if you use a scanner on a phone.

Story about the app at Cnet 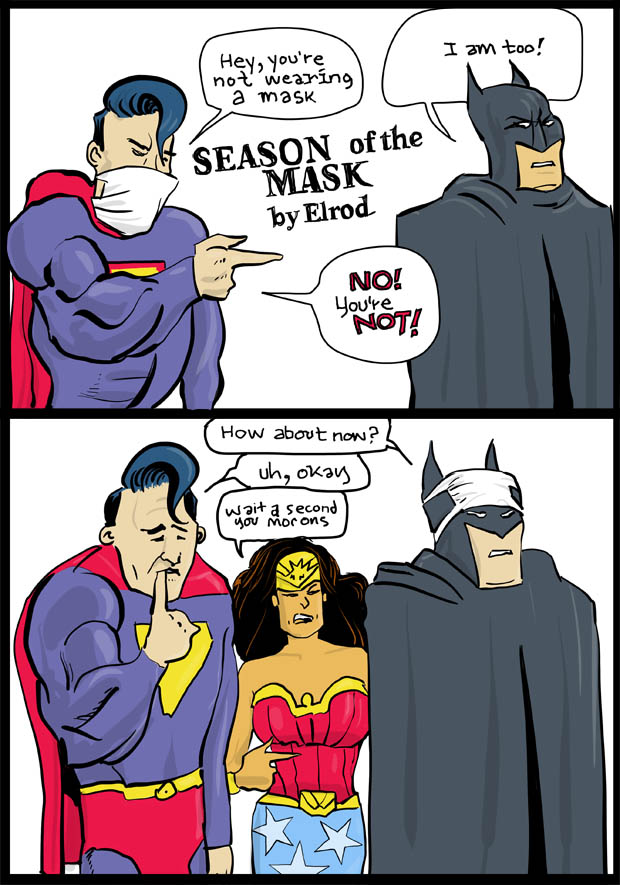 Industry starting to wake up - CBR

Marvel shipping to stores end of May

Starting with a few titles and building up between May 27 and July 8.

Praise and hate for "emo Spider-Man"

About the third Sam Raimi Spiderman film - at Collider

The scene, from Sam Raimi‘s Spider-Man 3, is one of the most divisive, criticized moments from a film already regarded as one of the genre’s most disappointing duds. It is, in fact, aggressively cheesy. It is, for sure, a gigantic swing. And it’s also a genuinely clever bit of character work that’s unlike anything in the comic book movie realm both before and afterward, offering the kind of layering that the MCU could absolutely benefit from borrowing once in a while."

The new comic distributing companies Lunar and UCS will have Tuesday as their new comics release date, instead of the traditional Wednesday release Diamond Distributors use (and requires from retailers).

Originally, Anne Hathaway thought Nolan's 2012 Dark Knight sequel film was looking for a Harley Quinn, so she came to her meeting with the director dressed somewhat like Joker's favorite heart throb, expecting that was the role he was seeking to fill.

“I came in and I had this lovely Vivian Westwood kind of beautiful-but-mad tailoring top with stripes going everywhere,” Hathaway recalled. “And I wore these flat Joker-ey looking shoes. And I was trying to give Chris these crazy little smiles.”

Will contain items for August. Details at Newsarama

... IGN has confirmed that Sony has given an official name to the series of films they plan to make using characters from Marvel Comics: Sony Pictures Universe of Marvel Characters. It's not as catchy as the Marvel Cinematic Universe, and the acronym SPUMC doesn't have quite the same ring to it as the MCU. But it does the job of indicating that these films are based on the immensely popular Marvel characters, and don't rely solely on Spider-Man to attract viewers..."

Well, it's better than SPASM (Sony presents a Spiderman Marvelverse).

Fantastic Beasts: The Secrets of Dumbledore at $378,778,136 worldwide [Production budget reported at $200 million].