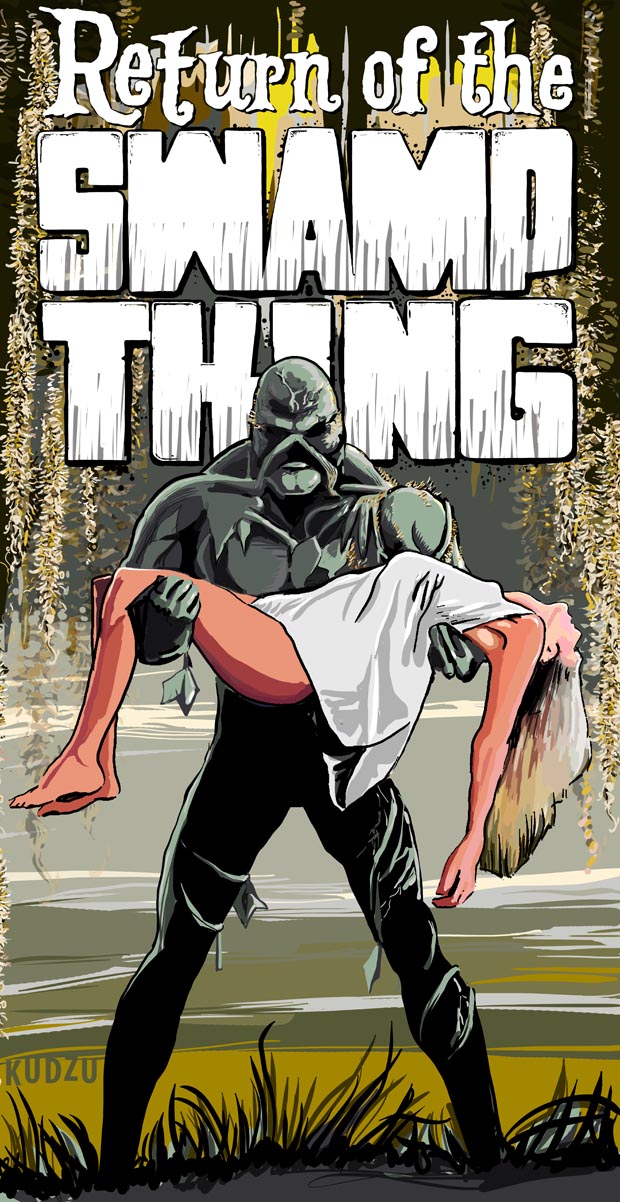 This sequel to the 1982 Wes Craven Swamp Thing heads straight for the cheese with director Jim Wynorski playing up the humour as Dr. Alec Holland/Swamp Thing (Dick Durock) performs basic superhero chores. He crashes into rooms and rescues people who are in the clutches of mad Dr. Anton Arcane (Louis Jourdan), fights the doctor's gun-crazy mercenary army, and faces off against the super-mutants bred in Arcane's lab.

The primary focus for our hero Swamp Thing is to keep young Abby Arcane (Heather Locklear) safe and healthy, which at first doesn't seem easy to do since the sets are rather spare and everyone seems to end up inside Arcane's dangerous laboratory over and over. Locklear plays Abby as a happy-go-lucky girl who is fearless and shoots off sardonic one-liners no matter how dangerous a situation she gets into, as if she cannot be harmed or killed (unlike an assortment of other cast members) and you know what? By the end of the film that's proved to be entirely true, despite regularly getting into dangerous situations, she escapes the movie unscathed and still grinning.

The script for The Return of Swamp Thing is pretty flexible and apparently not even mandatory. Segments turn into short comedy sketches as the actors goof on their characters. There's plenty of exchanges and one-liners to keep the plot rolling along, and the climax is a showdown between Swamp Thing up against other special effects.

The Return of Swamp Thing has a low budget (and it shows, though this is handled well, considering) and for makeup aficionados, there's frequently gruesome moments involving the bizarre creatures coming out of Arcane's lab. The film seems to insist it doesn't want to be taken very seriously, which mitigates the whole affair, making it sort of a parody of swamp-horror films of earlier eras, but containing a cheerful charm that's both campy and somehow memorable.