Plenty of Hollywoodian voices are hoping it can save the year after mostly dismal box office and point toward a revived industry in 2022.

They say that 2012 The Amazing Spider-Man is the worst; 2004 Spider-Man 2 is the best. As Vizzini said "inconceivable!"

Could have $150 million dollar weekend – theNumbers

Editorial at UK Independent via Fark

2021 has been a rocky year at the box office, but it is all set to end on a high note. Despite the disappointing returns of the last two weekends, which were the lowest grossing since September, the next two weekends may very well become the year’s biggest. Leading the charge and gearing to break pandemic-era box office records is Sony’s Spider-Man: No Way Home, swinging into theaters in the prime pre-Christmas slot.

Spider-Man: No Way Home is the eighth live-action Spider-Man film and the third film in this MCU connected series (all directed by Jon Watts thus far) which stars Tom Holland as Peter Parker, Zendaya as MJ, and Marisa Tomei as Aunt May in addition to a slew of MCU characters who show up. This installment ups the ante even more, with a spell from Dr. Strange that goes wrong and opens up a portal to other Spider-verses.

No Way Home tickets being sold for $10K – Ladbible 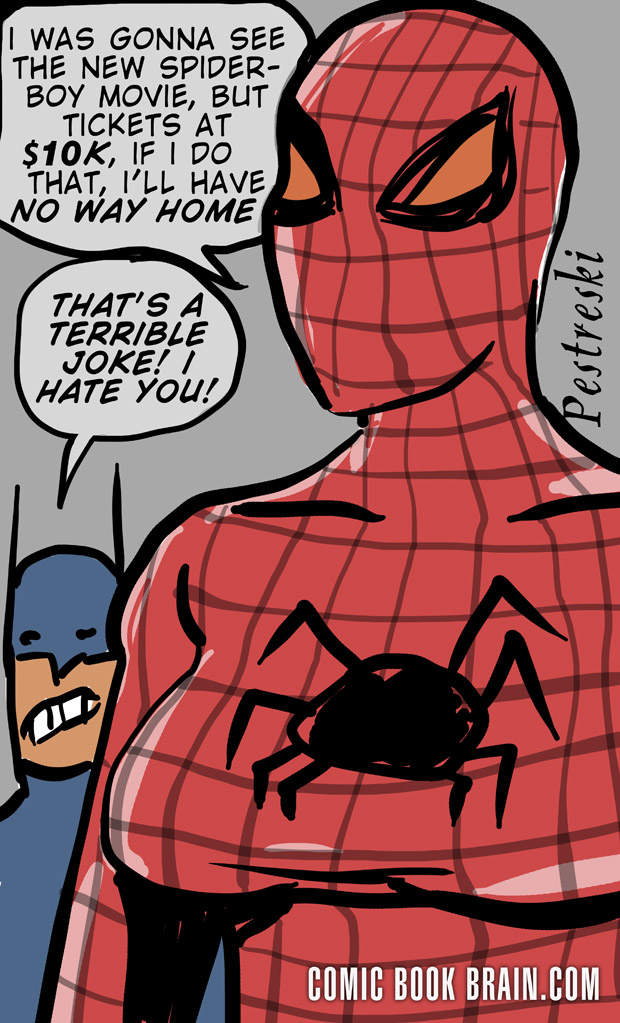 Marvel fans looking to get hold of tickets to see Spider-Man: No Way Home have run into something of a snag after cinema websites on both sides of the Atlantic crashed and left fans unable to purchase tickets for showings. You can see the trailer for the new blockbuster below:

With a matter of hours, tickets started appearing on sites such as eBay for eye-wateringly large sums of money, with one even listed for $10,000 (£7,500).

Spider-Man: No Way Home has broken the Thursday night box office record for 2021 according to Fandango. This would mark the best movie performance that day since Avengers: Endgame. Shang-Chi and the Legend of the Ten Rings was the previous record holder...

Spider-Man NFT offered with ticket sales for No Way Home

Apparently some fans "hate it" – Cheatsheet