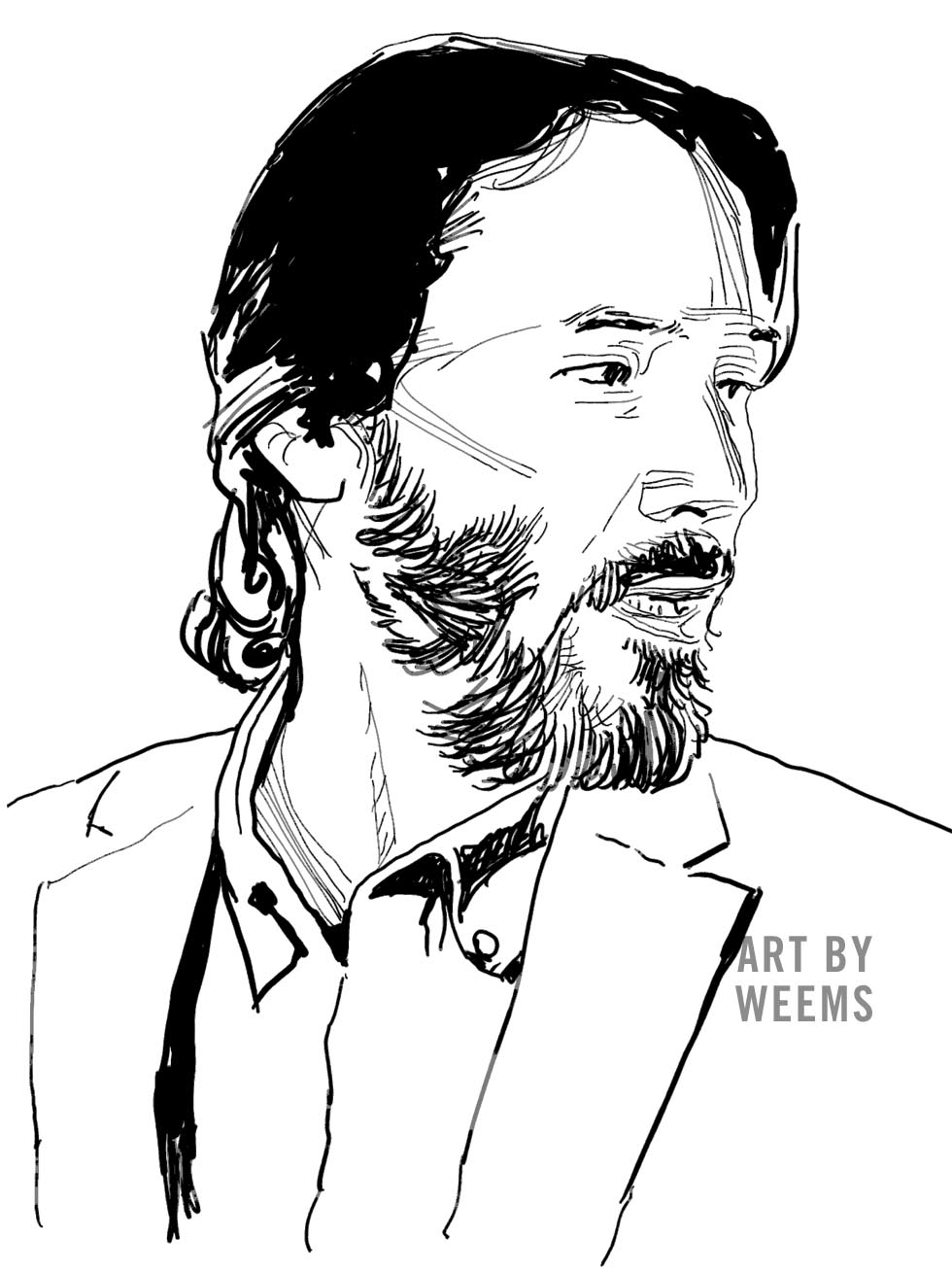 Keannu Reeves returns as the unkillable death figure of John Wick. Director Chad Stahelski has Wick looking like a wolf, with black whiskers and in a stylish black suit. This is fitting because Wick acts with animal ferocity combined with precise balletic skill when fighting off endless numbers of less than capable hit men, and by his appearance he embodies something, as an image, which the brute force of the criminal world cannot overcome.

Wick himself is a retired hit man by his own choice, an anomaly where everyone else in these films are stuck with choices being made for them by forces they cannot control (mostly by an ambiguous superpower referred to as 'the High Table,' where master gangsters combine to negotiate and control the criminal world). Wick's unique situation was because he had been rewarded with the love of an honest, not-criminal woman, something that was a key to exiting his alternative world where violence and double-crosses rule, giving him (temporarily) a citizenship in a different universe, the 'normal' world where people can sit and watch TV and own a dog and be in love.

In the John Wick movies we see that hitmen are killers with little consciousness of normal morality (and when they do experience it, as does Anjelica Huston in Parabellem, it is extremely inconvenient), Wick himself is highly moral. When he executes violence it is either to produce a moral result or more usually simply to protect someone else or himself (which he does prodigiously well. There is a lot of humor injected into this film as the fantastic numbers accumulate of failed assaults on Wick).

There is an initial act of revenge Wick performs in the first film: bad guys murder his dog, and as many movie-goers are pet-lovers, we know this is a capitol offense and must be settled. In this is the simple irony of the John Wick movies, he was trained to become the most lethal assassin in the world of crime, and when that world disturbs his peaceful coexistence with his dog after his retirement, the power of all those skills are turned against that world that produced them. - - Review by Erik Weems